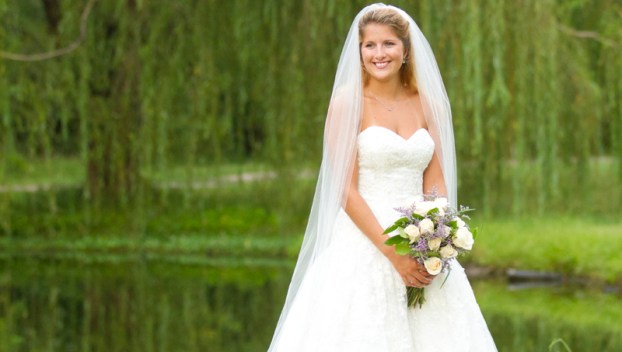 Given in marriage by her father, Mr. Harold A. Yelle II, the bride wore a strapless tulle ball gown with sweetheart neckline featuring allover lace appliques and dazzling crystal and sequin beading and button back closure with a sweep train. The veil was held in the back of the bride’s hair with a clip and flowed down the back of the dress to past the end of the train.

Following the ceremony, a reception was held at Washington Yacht and Country Club in Washington, NC. Music was provided by the Band of Oz. Mrs. Paige Wright and the Blythe House provided decorations, flowers and was the wedding designer and planner.

The groom graduated from Appalachian State University with a Bachelor Degree in Criminal Justice. The groom is the president of David’s Trash Service.

After a honeymoon to Montego Bay, Jamaica, the couple will reside in Washington, NC.