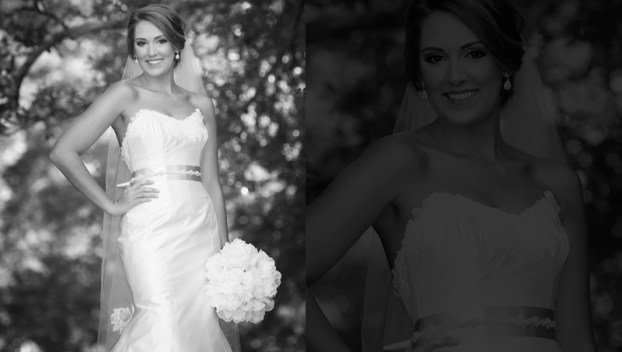 Katherine O’Brien Faucette and James Chandler Stroud were married Saturday, December 31, 2016 at seven in the evening at the First Presbyterian Church in Washington, NC.  The double ring ceremony was officiated by Reverend Lee Kinney.  A program of wedding music was presented by Mr. Chris Watkins, Minister of Music, and violinist’s Nancy Shaw and Caroline Shaw.  A reception followed to ring in the New Year at Washington Yacht and County Club.

Anna Barnes Watkins, niece of the bride, and Allie Grubbs, cousin of the groom, served as flower girls.

Mrs. Susan Fowle served as Mistress of Ceremony and program attendants were Jordan
Faucette and Josie Foster, cousins of the bride.

On Friday evening, an after-rehearsal dinner, hosted by the groom’s family, was held at The Bank Bistro.  Following the dinner a cocktail party was given by friends of the bride at the Elmwood 1820 Bed & Breakfast Inn.

On December 30 a bridesmaids’ luncheon was given by family and friends and held at the Ironwood County Club.

Following a wedding trip to Jamaica, the couple will reside in Greenville, NC.

Kathleen Rhae Yelle and Daniel Ray Bergevin were married at 5pm on October 8, 2016 at Washington Yacht and Country... read more