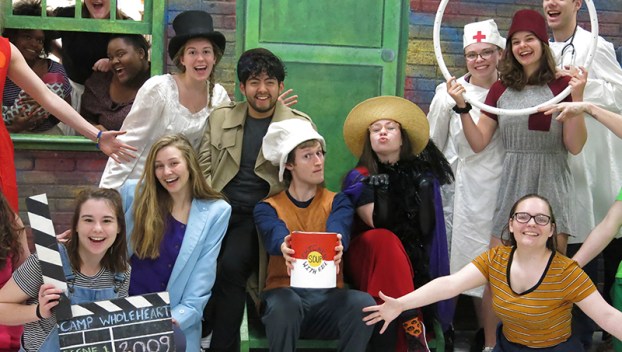 Literacy and reading aren’t words often associated with theater, but that’s exactly what “Really Rosie” is trying to promote.

East Carolina University’s Storybook Theatre will be performing the children’s musical at Arts of the Pamlico’s Turnage Theatre today at 2 p.m. The play was written by Maurice Sendak, author of the children’s classic book “Where the Wild Things Are,” with music by Carole King.

According to Patch Clark, ECU School of Theatre and Dance professor and coordinator for Theatre Education and Theatre for Youth, the songs from “Really Rosie” will be familiar to many children, because they’ve been sung in schools for years — songs such as “Chicken Soup,” which teaches the months of the year, and “The Alligator Song,” with which young ones tackle learning the alphabet.

“Children can sing along if they know the words, so it’s just really uplifting and educational at the same time,” Clark said.

The show opened Thursday at ECU’s Wright Auditorium with a morning performance for school children, followed by an evening performance. Clark said the troupe is excited to be back at the Turnage again.

“We have a meet and greet after to the show, which is our favorite thing to do, so we encourage parents to bring their cameras,” Clark said.

It’s that interaction that allows theater, and the arts, to make a lasting impression.

“I think that one of the benefits of children’s theater for young audiences is to bring books alive,” Clark said. “They get so excited because they recognize the book and they recognize the characters and it makes that connection even stronger.”

While ECU Storybook Theatre shows focus on children, Clark said this particular musical is one that appeals to both children and adults, considering the combination of Sendak and King, who is considered the most successful American female songwriter of the latter half of the 20th century, with hits such as “You’ve Got a Friend,” a No. 1 James Taylor hit, and “(You Make Me Feel Like) A Natural Woman.”

“The two of them collaborating together on this musical is just delightful. It’s really for all ages,” Clark said.

How one family is doing their part to help the environment

Sunday is Earth Day. For some, the day passes just like any other; for others, it’s an opportunity to get... read more