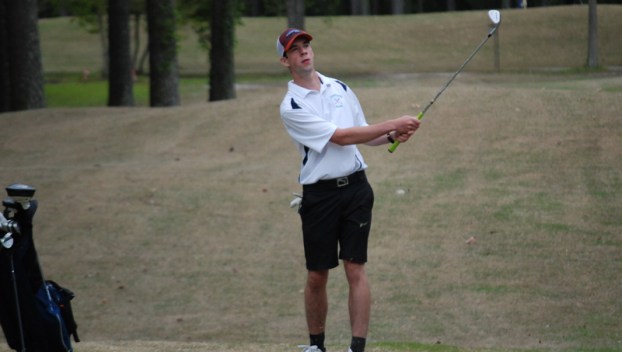 CHOCOWINITY—Despite not having any Seahawks among the top three individuals, a complete team effort saw the Southside golf team soar to victory in windy conditions at the Coastal Plains 1A Conference Championship Tournament at Cypress Landing Golf Club on Monday.

A combined score of 342 was enough for Southside to take the title over Riverside (346) and Northside (348). Riverside’s Landon Gurganus finished with the best individual score of 80 and was followed by Northside’s Braeden Cooper (81), and Riverside teammate Jacob Tyson (82). Cooper had a shot at the top individual score but he fell one stroke short after shooting a six on the 18th hole.

As the winner of the conference title, Southside earned an invitation to the 1A East Regional Tournament on April 30, at Scotch Hall Preserve in Windsor, North Carolina. Second place finisher Riverside received a bid to the regional tournament as well.

Even though the Panthers didn’t qualify for regionals as a team, the Northside golf team will still be represented at regionals. The Panthers’ top six golfers qualified for the regional tournament as individuals, due to their scores on Monday. Cooper, Brennan Baldwin (87), Bryson Radcliffe (88), Clark O’Neal (89), Dustin Boseman (92) and Gray Lewis (94) will all be making the trip to Scotch Hall as well.

The Pam Pack is back in playoff contention with victory

AYDEN—Washington ended a three-game losing skid, while also taking a big step toward getting back into an automatic qualifying spot... read more