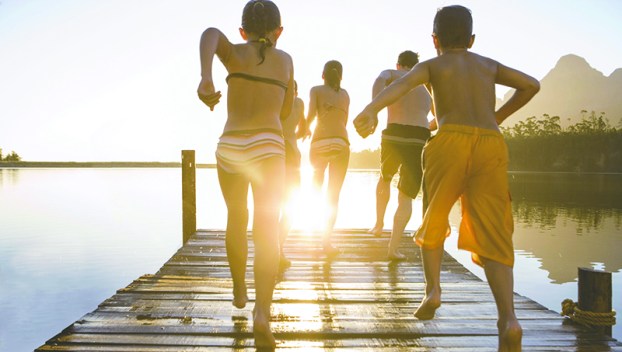 Last week, tragedy struck in Kitty Hawk. A 4-year-old boy was taking a walk on the beach with his mother when a wave toppled him and sucked him out to sea. For days, the U.S. Coast Guard searched for him; residents combed the beaches of the Outer Banks looking for any sign of him.

It was a tragic accident.

It was also a reminder that water in its various forms is dangerous to experienced and non-experienced swimmers alike, whether that water is ocean waves or the stillness of the Pamlico River on a hot day.

May is National Drowning Prevention Awareness Month. As temperatures rise on their way to summer, so do drowning deaths in backyard pools, at beaches, waterfronts and public aquatic facilities.

Drowning is the leading cause of unintentional death for children ages 1 through 4. In the U.S., 10 drowning deaths occur every day, most of them in home swimming pools. In Beaufort County, there are plenty of pools, but there’s even more waterfront property and boats. Here, it’s the rivers and creeks that pose the biggest safety threat.

The National Drowning Prevention Alliance has a few suggestions. Boaters, take a boating safety course and make sure the required safety equipment is on board. Wear life jackets while aboard and don’t overload the boat — equipment should match the number of passengers.

For those swimming: most people drown within 10-30 of safety, because no one can tell the person is drowning. Drowning, unlike depictions in the movies, doesn’t involve a victim screaming, splashing and yelling for help. It’s the exact opposite: a drowning victim makes little noise, can’t lift their arms above the waterline as they are trying to stay afloat and appears to be alternately sinking below the water and reappearing again. Never swim alone and don’t overestimate swimming skills.

Though it might be tempting to dive off of a pier or boat into the Pamlico, it’s a bad idea. There are many things that lurk beneath the water, including old fishing net stakes, the remains of destroyed piers, even trees uprooted by flood waters. Every year, thousands of people end up in the hospital with spinal cord injuries because they dive into the water and did not know what was beneath the surface.

This summer, don’t let the county’s greatest asset, the Pamlico and its many tributaries, be the source of the greatest tragedy.

Number 39? We can do better

According to research released by the National Education Association, North Carolina ranked 39th in the nation in 2017 with regard... read more