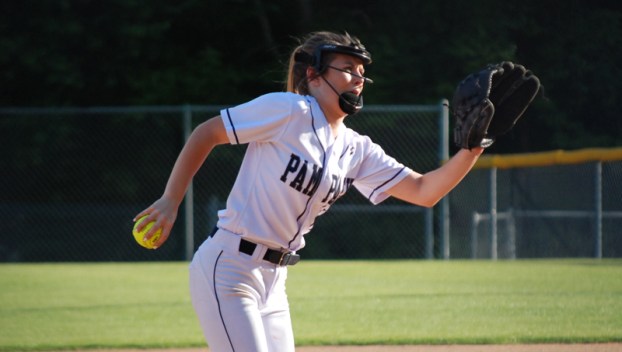 The last week of the softball regular season couldn’t have gone better for Washington and Northside. The Pam Pack collected a pair of 18-0 victories over Kinston and West Craven, while the Panthers won three games in the span of three days, beating Jones Senior 20-1, Manteo 7-1 and Pamlico County 11-3.

Neither team would have entered the NCHSAA state playoffs short of confidence, as Washington finished first in the Eastern Carolina 2A Conference and Northside took second in the Coastal Plains 1A Conference. But it is always preferable to go into postseason play with hitters in rhythm and pitchers throwing their best stuff, like the case is with both the Pam Pack and the Panthers.

That being said, regular season success goes out the window in the playoffs, as the pressure mounts, teams face opponents they’re not as familiar with and one loss is all it takes to end the season. Today the 2018 NCHSAA Softball State Championship begins with the first round of the playoffs.

The Pam Pack opens the playoffs with a matchup against a team it doesn’t have much familiarity with. The Rams finished fourth in the Mid-State 2A Conference this season, never playing Washington or facing a common opponent.

The Pam Pack will look to starting pitcher Abbi Tucker to continue her dominance in the pitcher’s circle. The sophomore, who’s ERA is 1.24, picked up 14 wins on the year, allowing only 39 hits in 90 innings of work throughout the season. Reidsville’s batters will have to find a way to do what many before them couldn’t, generate some runs against Tucker, because Washington does damage at the plate as well.

The Pam Pack scored a total of 216 runs over the course of the season, led by Kaylee Elks, Emme Davis and Summer Campbell. The trio led the team in RBI, with 24, 21 and 20, respectively. The job of shutting down Washington’s batters belongs primarily to Rams’ pitchers Elizabeth Tomaro and Carly Cobb. The duo has combined to strike out 56 batters this year.

Going up against an unknown opponent might prove tricky for the Pam Pack, but the quality the team has shown this year points to Washington having little trouble moving on to the second round.

Despite just missing out on winning its conference, the Panthers have plenty to feel good about entering the playoffs. Northside begin the postseason tournament with a home game and it gets the opportunity to play a team with a losing record. The fact that the Hurricanes gave up 134 runs through the course of the season must have the Panthers licking their chops.

Northside will lean on Whittney Cromwell and Teagan Pilgreen to do damage at the plate. Pilgreen’s 35 hits and 30 RBI were good for first and second on the team, respectively, while Cromwell had a team-best 33 RBI and the second-most hits with 32.

Cape Hatteras scored 22 runs in its final regular season game, showing its no slouch at the plate either. Panther pitchers Madison Braddy and Rebekah Williams will have to be on the top of their games to ensure the game doesn’t become a shootout.

The Hurricanes might be able to put some runs on the board, but Northside’s prowess at the plate should prove to be too much for Cape Hatteras to handle.

Washington won the 2017-18 Wells Fargo Cup for the Eastern Carolina 2A Conference on Monday, thanks, in part, to a... read more