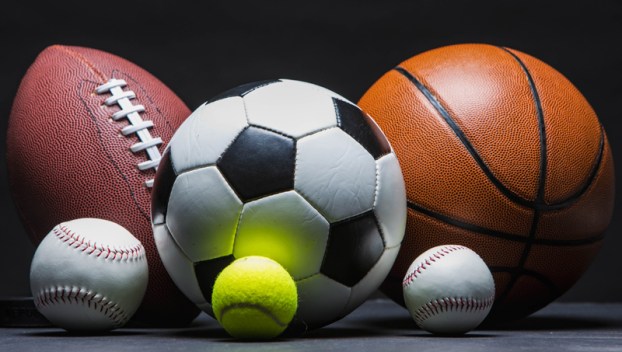 Boys & Girls Club has much to offer over summer

It is now 20 days into June and kids have been out of school for nearly two weeks. At this point in time, parents might be tiring of their children hanging around the house all day and are looking for activities to sign their kids up for.

But it’s now too late to register for the many camps and programs the City of Washington has to offer. But no need to worry, as the Boys & Girls Club of Washington has several programs and activities it provides to keep children active through the summer months.

“We try to do sports the kids aren’t used to here, or we take an old sport and make some adaptations to it and create something new,” the unit director said. “They’re doing soccer, we just got a partnership with the Racquet Club of Washington here, (the kids are) learning to play tennis.”

Maye said as part of the club’s partnership with the Racquet Club of Washington, all members of the Boys & Girls Club are offered free tennis lessons at the Racquet Club.

Along with soccer and tennis, another game that is played as part of Tournament Tuesday is one that is more obscure. It’s called pickleball and was discovered by chance by the club.

“It’s almost like a form of tennis, but it’s a smaller court,” Maye said of pickleball. “We discovered it when we went to (the Bobby Andrews Recreation Center). The senior citizens were playing it there, and the kids fell in love with it.”

Maye said the purpose of showing the kids new sports and games isn’t just about educating them on other sports. It’s also to level the playing field. He explained that with a sport like basketball, some kids at the club are more advanced basketball players, while others don’t play all that much and can sometimes feel left behind when the group plays.

“So if you introduce something that’s new to everybody and they get the opportunity to learn at the same time, you don’t feel the pressure of being behind, or not learned, in a certain area of sports,” Maye said. “Sometimes we’ll make a game. We normally play basketball, which is kind of geared towards the people that are taller. We may do something that’s geared towards kids that are lighter or smaller, like Hungry Hungry Hippos.”

Maye wasn’t talking about the popular children’s tabletop game. Intended to be like the Hasbro game but with humans, the game begins with different colored balls in the center of the gym floor. One team member lies down on a scooter and uses a laundry basket to try to scoop up as many balls as possible, while their teammates push them toward the center to collect the balls and then pull them back to unload the balls their teammate collected. The team with the most balls at the end of the allotted time wins.

“It’s nice to have somebody who’s really small (when playing Hungry Hungry Hippos), where normally where you’re playing basketball or playing football, the big people get picked first,” Maye said. “Everybody gets a chance to be the sought after person.”

Along with Tournament Tuesday and all the games they play at the Boys & Girls Club, the organization is also offering swimming this summer. The club is providing swimming lessons every Tuesday at the Hildred T. Moore Aquatic and Fitness Center, from 2 to 4 p.m.

For those interested in becoming a member of the Boys & Girls Club, visit their website at www.bgccp.com/clubs/join-a-club/.

Football coaches speak about how they handle hot conditions

Beaufort County and much of eastern North Carolina is experiencing some extreme heat this week, as temperatures reach the 90s... read more