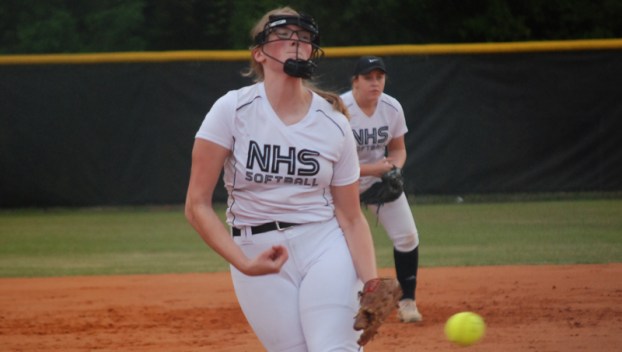 PITCHER OF THE YEAR: Northside's Madison Braddy throws a pitch earlier this season. Braddy, who was one of five Panthers named to the Coastal Plains 1A All-Conference Team, was also named Pitcher of the Year. (Sean Finnerty | Daily News)

Northside, Southside softball players recognized as some of conference’s best

Northside and Southside’s 2018 softball seasons might have ended in differing fashions, with the Panthers making a run to the fourth round of the playoffs and the Seahawks just missing out on a post-season trip. But the cross-county rivals both basked in end-of-season awards, as nine Panthers and Seahawks were named to the Coastal Plains 1A All-Conference Team.

Northside, which made the deepest playoff run of all the 1A Coastal Plains teams, led the conference with five Panthers among the 24 players honored as members of the All-Conference squad. Madison Braddy, who was also named the conference’s Pitcher of the Year, led the way for Northside. The sophomore finished the regular season with a 10-2 record and a miniscule 0.92 ERA, while racking up 81 strikeouts in 76.1 innings of work.

Panther Whittney Cromwell led her team in batting average (.525), RBI (33) and tied for the team lead in extra-base hits (12) to force her way on to the All-Conference team. Also receiving All-Conference honors were teammates Savannah Slade, Riley Newman and Rebekah Williams.

Despite not being able to make a third consecutive trip to the playoffs, Southside still had four team members named to the All-Conference team. That tied Pamlico County as the school with the second-most players named All-Conference. Symone Ruffin batted .442, knocked in 16 RBI and swiped 29 bases to force her way onto the squad. Freshman Delaney Ayers hit .410 with 12 RBI in her debut season on her way to receiving All-Conference honors as well. Seahawks Alyssa McLawhorn and Danielle Ruffin were also named All-Conference.

Coastal Plains 1A Pitcher of the Year

A BIG WELCOME: Capelli Salon welcomes Katlyn Caton to its staff. She is a Washington native and a graduate of... read more