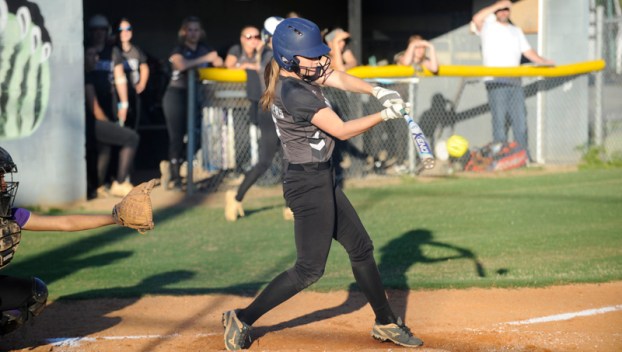 Once the Panthers (13-4, 9-0 1A CPC), who’ve won six consecutive games and are a conference-win away from clinching the league title, built a significant lead, they took the opportunity to give some of their bench players playing time to make sure everyone is sharp come playoff time.

“We tried to mix it around and change up some things to just make sure we’re trying to get ready for the playoffs, making sure we’ve got backup positions in case something happens, let everybody pitch,” Northside head coach Eric Slade said. “Proud of the girls the way they hit the ball. They were very patient at the plate, had a little power tonight; that’s always good to see. Seemed to be popping a few of those in, so that’s always fun to see. But overall, we played a good game.”

The power was provided by Panthers Teagan Pilgreen and Logan Jefferson. Pilgreen blasted a three-run home run in the second inning, while Jefferson belted a two-run homer, her second of the season, in the bottom of the fourth to cap the game’s scoring.

With nine hits and 13 RBIs, Northside had plenty of success at the plate, sharing the load among the whole team. Eight of the 12 Panthers who made a plate appearance recorded a hit, with Elyse Brinn’s two hits a game-high. Pilgreen’s three RBIs led all players, while Taylor Chase, Amelia Woolard, Madison Braddy and Jefferson all chipped in with two RBIs each.

The Panthers got to work early, plating four runs in the bottom of the first, thanks to a two-run single from Chase and a two-run double by Woolard. Northside added six more runs in the second, with Pilgreen’s three-run homer being the highlight. A Kathleen Slade sacrifice fly scored Rylie Norman in the third, before Jefferson’s two-run shot in the fourth made the score 13-0.

While Northside’s batters took care of business at the plate, Madison Braddy and Kathleen Slade shut down South Creek’s bats, as they combined to hold the Cougars (1-11, 0-9 1A CPC) hitless. Braddy pitched the first two innings to pick up the win, racking up five strikeouts. Kathleen Slade pitched three innings of relief, collecting four strikeouts.

With the conference title all but wrapped up and three games remaining against foes the Panthers have already defeated by a combined score of 44-2, complacency and losing focus might be a worry. But Eric Slade said he has his players maintaining their team-first approach and taking every game one pitch at a time.

“Sometimes that’s hard to do (staying focused) when you get a little bit further ahead, but it gives some of our younger girls opportunities to play, so that’s a positive thing too,” Eric Slade said. “But it’s just one of those things; the seniors who are leaders are going to have to maintain that focus and keep the kids in line as we go into playoffs.”

Northside hosts Tarboro tonight at 6 p.m. before pausing from its schedule for spring break.

ECU loses series at UCLA, swept for first time in 2019