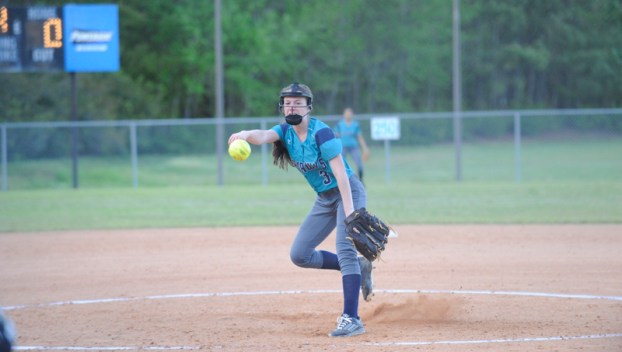 ROUNDUP: Night of success for Panthers while Seahawks struggle

PINETOWN — It was a group effort for the Northside baseball team yesterday evening, as the pitching of Ryan Cornelius and his teammates in the field limited Tarboro’s bats, allowing the Panthers to plate two runs in the final two innings for a 2-1 walk-off victory.

Tarboro (10-8, 7-4 1A Coastal Plains Conference) led off the game by scoring in the top of the first, but Cornelius and the Panthers (5-13, 4-6 1A CPC) responded by shutting out the Vikings the rest of the way. Cornelius pitched a complete game, allowing one earned run on four hits, while recording two strikeouts. When Tarboro did put the ball in play, Northside made the defensive plays to make the outs.

With six hits in the game, the Panthers didn’t have the best night at the plate, but came through when needed, scoring a run in the sixth to tie the game and another in the seventh to get the win. Dawson Boyd had a team-high two hits, including a double, with an RBI, while Matthew Adams recorded an RBI-single. Cameron Craig, Tyler Modlin and Caleb Alligood each also had a hit as well.

Northside is playing in the Washington Easter Tournament this weekend and will face off against Columbia tomorrow at 5:30 p.m.

PINETOWN — The Northside softball team played the role of rude host yesterday evening, defeating Tarboro, 9-0, and clinching the 1A Coastal Plains Conference title in the process.

The Panthers (14-4, 10-0 1A CPC) started off slowly, not scoring a run in the opening inning. But Northside made amends by scoring in every inning after, plating four runs in the second, scoring a run in both the third and fourth innings, adding two runs in the fifth and getting another in the sixth.

Recording seven hits and seven RBIs as a team, Northside was led by Elyse Brinn’s three hits and two RBIs, both game-highs. Kathleen Slade, Taylor Chase, Logan Jefferson, Rylie Norman and Amelia Woolard each chipped in with an RBI, while Jade Smith hit a double.

Tarboro (8-8, 5-5 1A CPC) never got going at the plate, finishing with just one hit. Northside starting pitcher Madison Braddy helped see to that, allowing no hits and striking out four Vikings in four innings of work. Slade pitched two innings in relief, allowing one hit and recording a strikeout.

Northside will return to action after spring break with an away game against rival Southside. First pitch is scheduled for 6 p.m.

CHOCOWINITY — Not much went right for the Southside softball team at home last night, as the Seahawks lost to Riverside, 15-0, and suffered an injury that caused the game to be called in the top of the fourth.

Already trailing 15-0, Seahawk Mallory Nobles, who had just moved from first base to the pitcher’s circle, took a line drive to her right hand in the top of the fourth. She was not able to continue and the game was called, as Southside (7-9, 2-8 1A Coastal Plains Conference) had no other players to take Nobles place.

Riverside (14-2, 7-2 1A CPC) had taken control of the game from the outset, scoring a run in the first, four in the second, exploding for seven runs in the third and plating three more in the fourth. The Seahawks, on the other hand, struggled at the plate, just getting a hit each from Marah Gottwalt, Morgan Dixon and Laura Hodges.

Alexis Whitehurst started at pitcher for Southside, putting in 3.1 innings of work before moving to shortstop. The freshman allowed 14 runs, just six of which were earned, on 11 hits while picking up one strikeout. Nobles pitched just 0.1 innings before picking up her injury, allowing a run on one hit.

Southside is participating in the Lady Vikings Easter Tournament and will play Tarboro at 11 a.m. Monday and then take on South Central at 3 p.m. All games will be played at Winterville’s Sara Law Softball Complex.