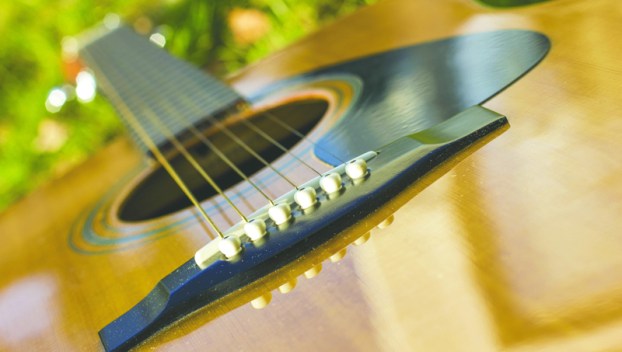 Among the structures damaged or destroyed on Ocracoke by a tidal backwash after Hurricane Dorian, the Ocracoke School campus was not spared. Taking up the cause of raising money for the devastated school, a collection of local and regional musicians will hold a special concert this weekend in Washington.

“Rolling on the River: A Benefit Concert for Ocracoke School” will take the stage from 3 to 10 p.m. at the Washington Civic Center on Saturday for a seven-hour music marathon featuring talent from Washington and beyond. River City Rockin’ Blues, a local band promotion agency headed by musician Nannette Garrett, as well as Rock Hobbyt Photography have organized the event.

“Ocracoke means a lot to our family,” explained Garrett, who has played at several Ocracoke venues during her career. “As soon as I heard about it, I’m like, “There’s got to be a way we can give back to the island.’”

Students at the school only returned to class on Monday, a month after Hurricane Dorian left the island in tatters. For the time being, they are scattered at locations across Ocracoke, based on their grade levels. Choosing to raise money for the school was a natural decision, Garrett said.

For the past few weeks, she’s been working to organize the event, from signing on bands to reaching out to the community for sponsorships. Musical artists performing will include Laura Davis and Friends, Keane Warren, Joe Shingara, Tyler Maynard, Chuck Phillips, April Rose and Strung Together.

The event will also feature food trucks, a cash bar, door prizes and a silent auction with items donated by local businesses. In terms of sponsorships and willingness to help make the event happen, Garrett says she’s seen a lot of enthusiasm from people happy to help with the cause.

Tickets to the event are $25 and are available online by visiting www.eventbrite.com and searching “Rolling on the River.” Physical tickets can also be purchased by contacting River City Rockin’ Blues, Rock Hobbyt Photography or Pamlico Pearl Photography on social media. Tickets will also be available for $30 at the door.

“I just hope everyone comes out and supports Ocracoke,” Garrett said. “Everybody loves to go there on vacation, and this is when they need us.”