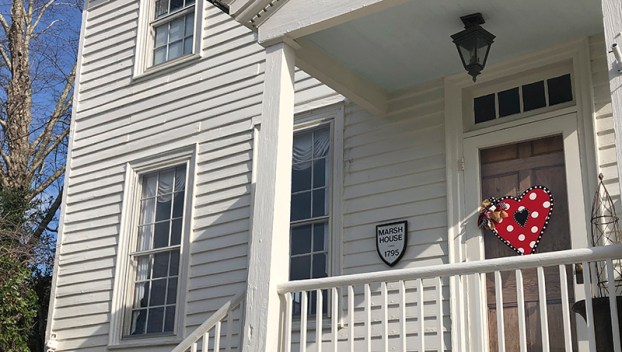 HEART ON YOUR SLEEVE: Valentine’s Day, like many holidays, has its roots in Pagan celebrations. Though celebrated on a single day each year, there’s no reason not to celebrate love every day of the year. (Vail Stewart Rumley/Daily News)

In the air: the origin of Valentine’s Day and celebrating it year-round

Though most people living in the U.S., the United Kingdom, France, Mexico, Canada and Australia are familiar with the holiday, many may not necessarily be familiar with its origins.

That the holiday is named after St. Valentine is not disputed. However, which St. Valentine is. There were three Valentines, each of them saints, and all of them were persecuted for defying the emperor of Rome. One performed marriages for young lovers in secret after Claudius II outlawed marriage for single men, claiming that single men made better soldiers. That Valentine was put to death for his dedication to love. Another Valentine was also beheaded by Claudius II and still another is thought to have been imprisoned for helping Christians escape Roman persecution which landed him in jail. While there, he wrote a letter to his sweetheart, signed “From your Valentine.”

While the origins of Valentine’s Day’s namesake may be lost to time, the origin of the mid-February celebration is not. Like many holidays that have been passed down through the centuries, the day was a special one for earlier people: it marked Lupercalia, a Pagan fertility festival.

Today, Valentine’s Day doesn’t look so different from the mid-1700s, when it became popular for friends and lovers to exchange small tokens of affection, however, it is unlikely those of that era spent an estimated $1 billion on Valentine’s Day cards each year, as is the case now. This is in addition to the $1.9 billion spent on flowers and $1.7 billion on chocolate and candy.

That’s a lot, but if you’re going to invest in love, why not make the holiday last longer than a single day; why not celebrate love every day?

Why should anyone settle for a dazzling bouquet of red roses once a year, when fresh flowers can be purchased any time? While local florists appreciate the support of those buying arrangements, a bouquet can do the same. In the spring, summer and fall, Petals and Produce in Washington and Yeatesville has buckets full of peonies, zinnias and sunflowers depending on the season and all grown right here. The same can be said for the Washington Harbor District Market — local farmers bringing their locally grown flowers to market. Even in the winter, a bouquet of flowers can be picked up from your favorite grocery store. 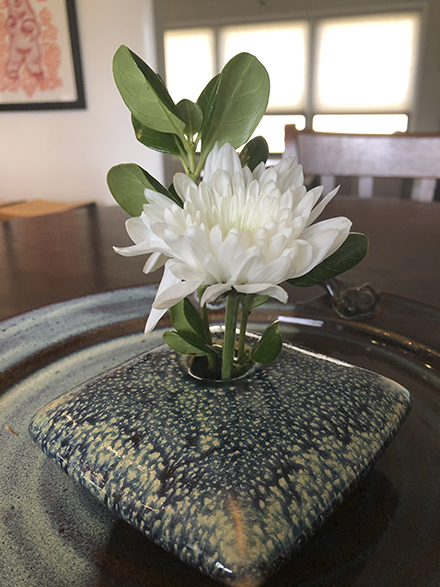 LITTLE BOUQUET: Most associate Valentine’s Day with a dozen red roses, but brightening a home, and a heart, can take place on a much smaller scale. This Japanese Ikebana vase makes an arrangement out of a single flower and a sprig of greenery.

Think about using smaller vases to spread the flowery cheer, rather than put all your flowers in one vase. A couple of blooms in a small vase adds a bit a romance to any room, any time of the year. Cutting the stems, even if only a little, will prolong life when you first put them in water and each time you change the water.

There are many ways to say, “I love you.” While flowers may fade and candy be eaten, a piece of home décor might just serve as a lovely reminder of that commitment every day. Whether it’s decorative pillows embroidered with an expression of love or a piece of art that tugs at the heart strings, local stores abound with more tangible illustrations of devotion. 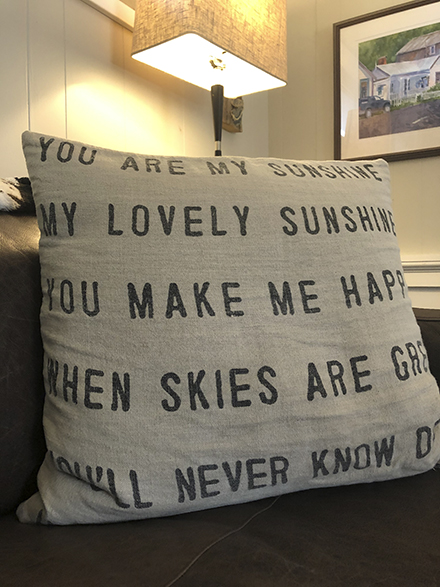 DEVOTIONAL DÉCOR: Love can be expressed every day with home décor and accessories that tug at the heart strings.

LOVE IS IN THE AIR

Love affects all senses. And all senses affect those feel-good moments. The sense of smell is very closely linked to mood and emotions, and in most instances, good scents boost the mood. Scented candles can help boost your emotional well-being — and a better mood is a great gift to give to your loved one. 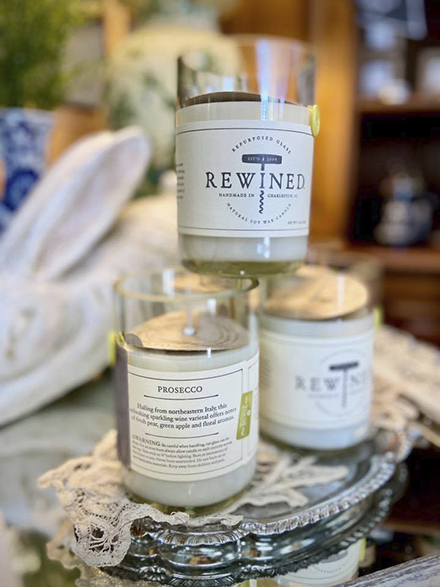 MOOD ENHANCER: Smell is closely linked to mood and a good mood can only help good relationships. Rewined candles offers sumptuous scents and can be found in downtown Washington at Cottage Junkies. (Cottage Junkies)

To the Editor: Navigating downtown’s new stop signs is easy when you remember RIGHT of way. The vehicle on... read more