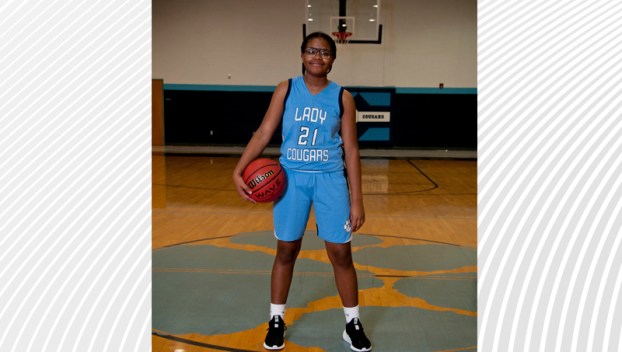 There were a lot of firsts for the Northeast Elementary Lady Cougars this basketball season, including its first undefeated season and first Inner Banks Athletic Conference Championship since the school opened in 2001.

With the help of Lady Cougars’ guard Mariah Jones, who averaged 26 points per game and scored a total of 335 points this year, Northeast was unstoppable.

In the final game of the season against Bath, Jones willed her team to victory, scoring 38 points in a 47-43 overtime thriller.

While Jones didn’t quite match the 373 points she scored from her seventh grade season, she has compiled a total of 708 points in her middle school career. 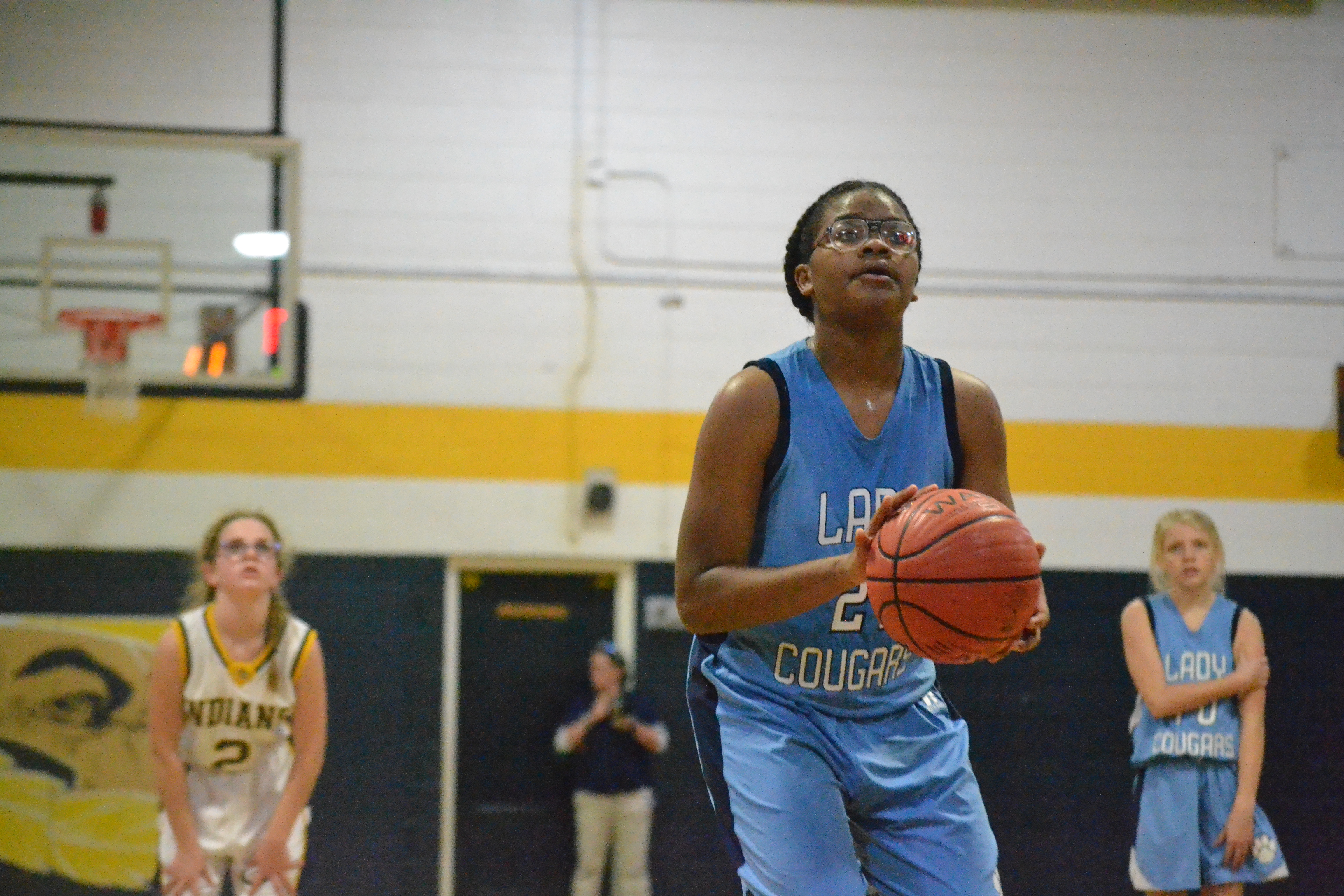 CHARITY STRIPE: Northeast’s Mariah Jones gets set for a free throw in a game against Chocowinity earlier this season. (Mitchell Thomas / Daily News)

Northeast head coach John “Pooh” Woolard said that Jones was special, and he looks forward to watching her game grow through high school.

“She was our go-to player. She carried the load for us. She was surrounded by a lot of role players that helped her,” Woolard said. “I can’t wait for her to get to the high school. She can score, but her defense is a little raw right now. I know coach (Michelle) Leathers will get her right over there at Northside. I feel like if she can get a little attitude and fix up (her defense), she could possibly go to the next level.”

Woolard compared Jones to Bam Adebayo, who he also coached when Adebayo was in middle school.

“She’s so much like Bam-Bam. They both come to the sidelines and say, ‘Coach, I don’t want to be a ball hog.’ And I tell them, ‘You go ahead and score and I’ll tell you when to start sharing the ball,’” Woolard said with a laugh.

Jones explained what she thinks makes her a good basketball player, following the staff and parent versus student basketball game on Wednesday night.

“I’m pretty good at driving. I like taking it to the basket. I can shoot, but I don’t prefer to shoot,” Jones said. “I want to go to college to play basketball. Hopefully I can play at (UNC-Chapel Hill).”

As Jones prepares to go to a basketball camp in Greensboro hosted by North Carolina A&T, she said her coaches and teammates were what made playing basketball so much fun.

“My coaches (Takeem) Crandell and coach Woolard helped me out a lot, and my teammates are the best,” Jones continued. “I’m going to be practicing with coach Leathers over the summer so I can get used to high school.”

Girls’ basketball in Beaufort County at the high school level will continue to improve with all the talent coming up from the middle schools. Jones will be back on the hardwood for the Lady Panthers in Pinetown next season.

Pungo’s girls cruise past Albemarle in first round

A 21-1 run to start the game was enough for Pungo’s Lady Raiders to handle business in the first round... read more