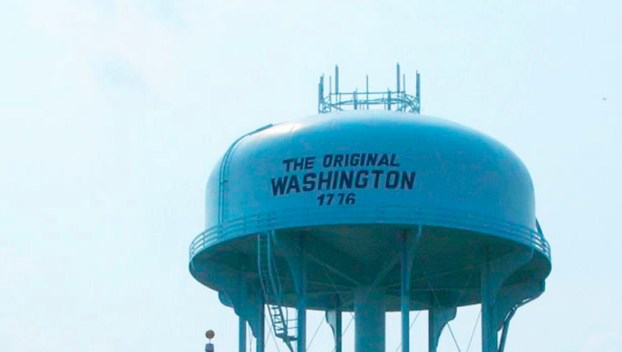 A county project to keep the water flowing in times of emergency is in progress, thanks to the Golden LEAF Foundation.

The county had previously accepted a $296,300 Golden LEAF Disaster Recovery grant to install backup generators and automatic transfer switches at the pump stations in Yeatesville and on Beech Road near Belhaven. However, the low, and only, bid for the contract came in at $285,394, which did not include the additional cost of engineering and contingency fees, putting the total cost of the project at $366,464.92.

The low bidders, Wilson Rhodes Electrical Contractors, Inc. performed the work on Phase I of the project, installing generators at the Slatestone and Washington Water Treatment Plant pump station. Since that work was does, the prices of material costs have increased, and the cost of delivery of generators to the rural northeastern Beaufort County sites, added up to greater costs, according to the contractor.

The county reached back out to the Golden LEAF Foundation to request supplemental  additional funds.

“We were very excited to learn last Thursday that we were approved for an additional $70,164.92,” Public Works Director Christina Smith told commissioners at this week’s meeting of the Beaufort County Board of Commissioners.

Before Golden LEAF’s approval of the funds, Smith was prepared to make a request for the county to cover the additional cost.

The backup generators installed at pump stations will ensure county water keeps flowing should extended electrical outages occur. The need for the generators became apparent after the power outages delivered by Hurricane Matthew in October 2016, when initial estimates as to when power would be up and running again were between five and seven days. If power goes out in the county, water is limited to elevated storage tanks, and once those run dry, without working pumps, county water customers would go without.

“I can tell you, a power outage that long — there would have been citizens in this county without water,” Smith said at the time.

Commissioners, as a result, laid out a three-year plan in 2017 county budget to provide generators to pump stations across the county.

Since the Washington Harbor District Market first opened its doors last year, the location has become many things to many... read more