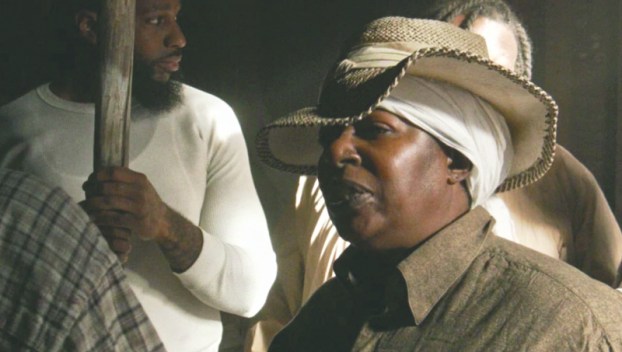 FINDING FREEDOM: Shot primarily at Somerset Plantation in Creswell, “Freedom of North Carolina” tells the story of a family’s escape from slavery and subsequent discovery of their true identity in the larger story of African-American history. Pictured is actress Lisa Evans. (James Jones)

It all starts with a field trip by local school counselor Chynna Bonner and her class to the Washington Waterfront Underground Railroad Museum. As historian Leesa Jones explains the history of slavery and resistance in eastern North Carolina, a young girl looks out the window and sees Ray Midgett passing by, dressed in 19th-century period clothing.

What follows in the upcoming film “Freedom of North Carolina” is a journey back in time that explores themes of slavery, resistance and African-American identity on either side of that time period.

“There are plenty of slave movies,” “Freedom of NC” Director James Jones said. “What I wanted to do with this film was to capture the moment. There’s a family that is enslaved at Somerset Plantation, but I wanted to highlight when they do run and escape this place of misery.”

The film’s protagonist, Sarah Jones, leads her family in escaping the plantation. Where they eventually end up is a mythical place called the Land of Regur, where they encounter historical figures ranging from Martin Luther King Jr. and Malcolm X to historical African queens and kings.

“When this particular family escapes and arrives in this land, that’s where everything changes — their mindset, their views and their perceptions of the world actually change,” James Jones said. “They understand who and what they are and the power that they all have.”

For the most part, the experiences of the family in the film are based on true stories of individuals who lived on Somerset Plantation and freedom seekers who escaped slavery. The bulk of the film has been shot on site at Somerset, which James Jones says has been a powerful experience. 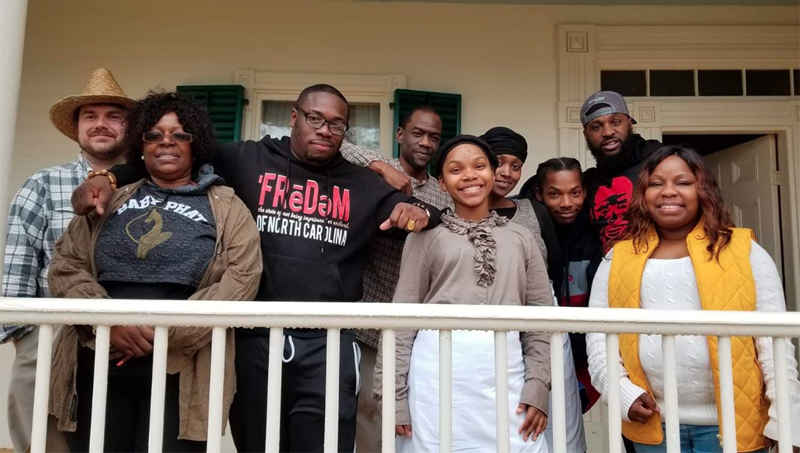 ON SET: The cast of “Freedom of North Carolina” poses for a photo at one of the buildings on Somerset Plantation. The film is based on historical narratives that reflect the actual experiences more than 850 enslaved people who worked the land at Somerset during the plantation’s 80 year history. (James Jones)

“It’s something just being there,” James Jones said. “We’re reenacting certain things and, at the same time, knowing that a lot of those things that we’re reenacting actually happened there. Blood was shed on that same land. Slaves were sold. Families were separated and pulled apart. It all happened on this 100 acres of land.”

Ultimately, James Jones says he based his vision for the film on the experiences of African Americans and an ongoing quest for identity and understanding of the generations that have come before.

“Without knowing your identity, you’ll never know your strength and your potential,” James Jones said. “Knowing your true identity gives you that peace and understanding of who and what you are.”

James Jones says the goal is to premier the film this summer, during the annual holiday of Juneteenth, which celebrates the abolition of slavery in the United States. The plan is to premiere the film in Washington, Greenville and other venues throughout the state. To learn more about the project, visit www.freedomofnc.info.

Though trees are budding and daffodils are blooming, they might be in for a chilly surprise Thursday night. The National... read more