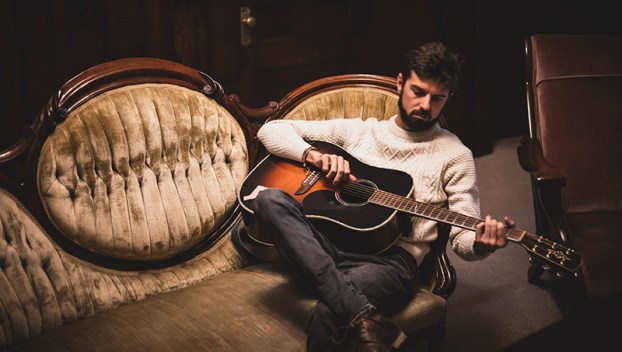 From onstage to online, local musician adapts to stay-at-home order

Fans of live music in Beaufort County know Chuck Phillips. From the summer stage at Backwater Jack’s to host of the Wine Crate’s Open Mic night, the Washington singer, songwriter and guitarist has a following — and in this time of social distancing, that following is following him to his concerts online.

“I’m trying to use this time to expand and learn new songs and give people a little more variety than the same stuff that we usually play. And I’m really enjoying it,” Phillips said.

Phillips launched his Friday night at-home concert series two Fridays ago. This Friday at 8 p.m., he’s taking to the “stage” again on Facebook Live. Though all his shows have been canceled because of COVID-19, Phillips said he sees the online format as an opportunity to create a stronger connection with his listeners.

“I’m trying to mix it up a little bit now that I am at home,” Phillips said. “I’m doing some stuff on piano and some more intimate stuff than I usually do in bars. It’s more of like a coffee house setting.”

The connection comes with the stories behind the music. Phillips is known for his covers of rock ‘n’ roll greats and can play an expansive library of hits on demand, but his at-home concerts are freeing him to play his original songs and share the meaning of the music.

“I’m playing songs that are personal to me, that there’s a story behind. … It’s hard to talk and tell stories about your songs in a bar. I’m playing a lot of things that mean something to me as a musician, talking about how they influenced me,” Phillips said. “Last Friday, I played two hours of songs that I’ve never played at my live shows, and I’ve been working on things this week that I’ve never played before, too, so there’s no repeat.”

Phillips said he’s gotten a lot of positive feedback from those tuning in.

“I had someone tell me, ‘We put it up on our TV in the living room and sit down with a drink, and it’s like we’re at our own concert,’” Phillips said. “That’s the other thing — it’s very engaged. In between songs, people can chat. I’m really able to engage with everyone watching. It’s super cool. I’m really enjoying the format.”

The Facebook Live format is also allowing Phillips to recoup some of his losses. As a full-time musician, the cancellation of all his upcoming shows has had an impact, but virtual tip jars through Venmo and PayPal are providing some replacement income.

“I am grateful, honestly. People are aware of the situation and are really into supporting live music and that just means so, so much to me,” Phillips said. “I’m amazed at how generous people have been.”

Listeners can tune in to Phillips’ concert by searching for his personal Facebook page.

BATH — Following with the orders from North Carolina Gov. Roy Cooper, the town of Bath has adjusted the way... read more