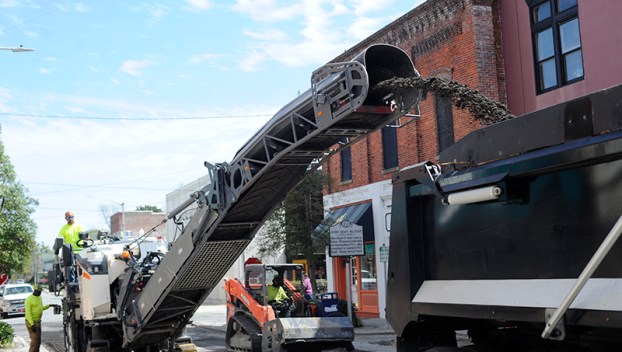 In March, I attended the City Council meeting for another concern of mine and witnessed the governing body award the contract for the streetscape project in the amount of $3,415,340.96. No opportunity was given for public comments as this was listed as an action item.

As an urban planner by profession, I am for the streetscape project, provided however, its implementation stages have a rational financial approach. My first thought was: “Where is the police station project at this time?” The current police station is vacant, having been flooded three times, during the past 15 years during hurricane seasons. The temporary police facility is now located in a former video-store building on John Small Avenue. Is the rent free? So after 15 years without a decent and safe facility, the police station is taking a second, or even a third, priority on the city’s Capital Improvement Project schedule, according to City Council. The streetscape project was not even on the list five years ago, but now is funded, and the police station is still in a temporary location, not even on the drawing board for construction. It appears that Streetscape is the No. 1 priority and public safety and first responders are the second priority (maybe).

Now, let’s take a look at the financing package.

The city is using every available enterprise fund reserve account to fund the streetscape program (water, sanitary sewer, storm water and electric). Wait a minute; the sanitary sewer is located behind the buildings fronting along Main Street. Storm water is also located behind the buildings, as well. The water and sewer is already in place. Remember: streetscape No. 1; public safety, first responders, No. 2.

Finally, the public safety chief, approximately four years ago had a plan developed by East Carolina University students, at no cost to the city for the police station on the new site. The architectural design firm has just been hired by the city for the plans. Is the new police station going to require financing? I believe it will. Streetscape is being paid for by enterprise reserve funds and electric transfers. New police station financed? Remember: streetscape No. 1; public safety, first responders, No. 2.

In closing, I hope the city staff can find the cash for funding the police station the way they did for “Streetscape.” By the way, how is that budget coming along? You haven’t eliminated that $300,000 fire engine have you? Remember: streetscape No. 1; public safety, first responders, No. 2.

Thank goodness a local firm received the bid for the streetscape project.

Bobby E. Roberson is a Washington resident and a former city manager of Washington.

A collective mission of resilience

To the Editor: Since the founding of the very first Chamber of Commerce in 1599, chambers have strived to build... read more