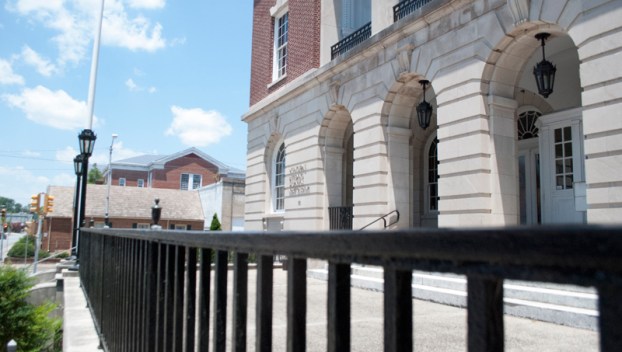 Public hearing on City budget to be held Monday

The Washington City Council will hold its public hearing on the 2020-21 City budget Monday, with participation open to the public in a virtual format. The proposed budget is available to review beforehand here.

The proposed budget for the coming year weighs in at $90,482,309, an increase of 7.4% from last year, but does not include any changes to property tax rates, which are anticipated to remain at .53 per $100 valuation. It also contains a 1% reduction in electric rates for all customers and a 2.1% cost of living increase for all city staff.

According to City Manager Jonathan Russell, the 7.4% increase in the overall budget stems mostly from an increase in capital projects, public safety purchases such as a new fire engine and costs for constructing the new police station, a $4 million project slated to break ground in 2021.

Though taxes will remain the same, the city is projecting a 7% increase in permit and fee revenues due to increased residential and commercial development in town, as well as a 2% increase in sales and service revenue due to expansion and a revised fee schedule at the Washington waterfront docks.

In terms of the city’s seven enterprise funds, the budget shows increases in the electric fund, the water fund, the storm water fund, the solid waste fund and the airport fund. The cemetery fund and sewer fund are lower than last year.

“There’s a lot of uncertainty in the upcoming fiscal year, with the current state of things with the virus and how it will affect sales tax and general business function,” Russell said. “For the current year, it looks like we’re going to wrap in good shape for closeout on June 30. We’ll continue to monitor expenditures, keep them as low as possible and provide a high level of service.”

The meeting will be streamed live via the City of Washington, NC Facebook page and the City’s Vimeo page at vimeo.com/washingtonnc. Access to council chambers Monday will be restricted to 10 people or fewer, per the statewide stay-at-home restrictions. Questions or comments for the budget public hearing can be sent via email to cbennett@washingtonnc.gov prior to the meeting.

The Grace Martin Harwell Senior Center is doing its part in helping out the community with a food drive for... read more