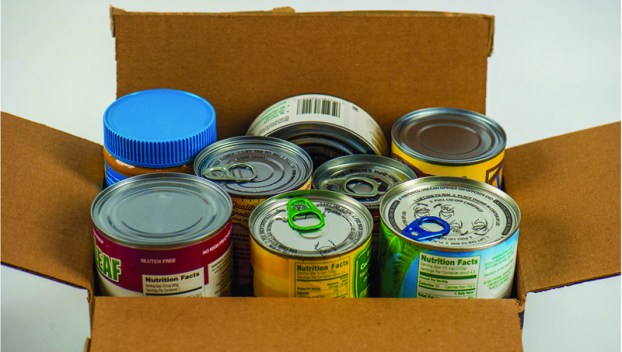 Thanks to a donation from an anonymous benefactor, the Beaufort County Reentry Council will distribute 50 boxes of food next Tuesday to people who are sick, elderly, homebound or reentering society from incarceration.

“I have received a call back from the Washington Housing Authority (Friday) so we will be delivering to the residents on Third Street,” said Reentry Council President Barbara Gaskins. “We will donate possibly 25 to them, and then if there are any other people out in the community who need food, we can donate the other 25 to them.”

Bringing together clergy, nonprofit leaders and government agencies, the council’s mission is to aid former offenders in successfully reentering society after being released from incarceration. While Tuesday’s distribution will include other populations, Gaskins says those leaving prison sometimes have a hard time accessing certain services and donations.

“When it’s time to donate and people are trying to get assistance, specifically those returning back, it’s difficult for them,” Gaskins said.

In the past few months, Gaskins says she has had an increased call volume from individuals leaving prison and returning into society, especially with some offenders being released due to COVID-19 concerns. While the Reentry Council has been meeting remotely, the group is still working to help those returning to society.

After delivering boxes to housing authority residents, the Reentry Council will hold a distribution from 3 to 5 p.m. Tuesday afternoon at 719 W. 15th St., on the back side of Washington Square Mall. In order to make sure the boxes go to those in need, Gaskins said they won’t be available for anyone who already received food from Eagle’s Wings earlier that day.

“For those picking up, they would pull up, and we would put it in the trunk, so there’s no hand-to-hand contact,” Gaskins said.

Anyone in need of a food box can call 252-495-3173 and leave a message detailing their circumstances. In some cases, for those who might be sick or unable to leave their home, Gaskins said delivery could be arranged. Volunteers are also welcome.

While many people have been sticking close to home due to the COVID-19 virus, the creative juices have been flowing... read more