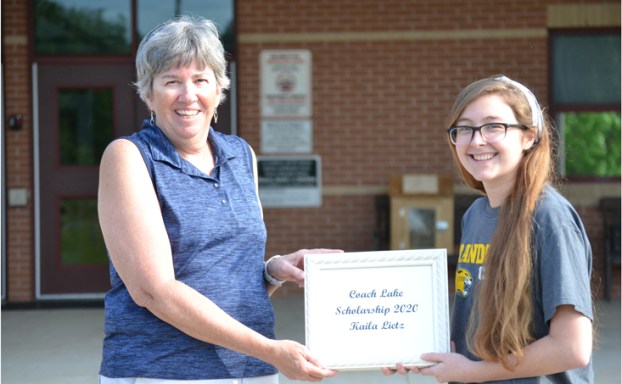 Lake is a legend in the eyes of many at Southside. Born in Carmel, Indiana, the 6-foot-11 center helped the North Carolina State Wolfpack win a national basketball championship as a freshman in 1974. He was assisted by teammates David Thompson, Tommy Burleson and Monte Towe. Lake then transferred to the University of Miami-Ohio to finish out his career.

Lake and his wife, Kathy, moved to Chocowinity in 2004. Lake headed up the girls basketball program at Northside for a season, before moving to Southside for the rest of his coaching career. Lake took the 2011-12 Lady Seahawks to an eastern region title, with an appearance in the state championship game that resulted in a loss to Bishop McGuinness.

Lake finished with an overall record of 59-41, and his gameday attire — a sweater vest over a button-down shirt and tie — is retired on the gymnasium’s wall.

In 2017, Lake passed away tragically due to a heart attack. Kathy Lake and the rest of the family wanted to find a way to honor his legacy and ultimately decided to reward a student-athlete at Southside with a $1,000 scholarship toward the school of his/her choosing.

“It is something that would’ve touched my husband greatly. He would’ve done something for those kids at Southside,” Kathy Lake said. “It means a lot because we believe in Southside and their athletics. Supporting those kids is what he loved.”

Lietz played volleyball for the Lady Seahawks, and she plans to study in the medical sports field to become a physical therapist. 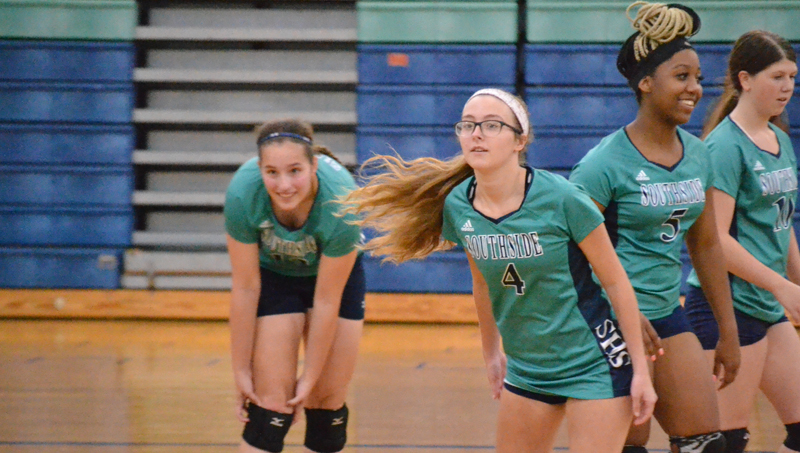 “I’m going to study sports and exercise, strength and conditioning; I plan on getting my master’s in athletic training and my doctorate in physical therapy,” Lietz said. “I’m excited to get (the scholarship), because the college I plan on going to is a private, out-of-state college, so it costs a lot more. So every little bit helps.”

Lietz would like to eventually work for a sports team, with the hopes of teaming up with her favorite team, the NHL’s Detroit Red Wings.

The Bill Lake Scholarship isn’t the only one Lietz received. She was awarded a $48,000 academic merit scholarship as well as a $4,000 Rise to Wisdom Leadership Scholarship from Randolph.

According to Lietz, she will try out to play soccer for the Lady Wildcats at Randolph, as well.