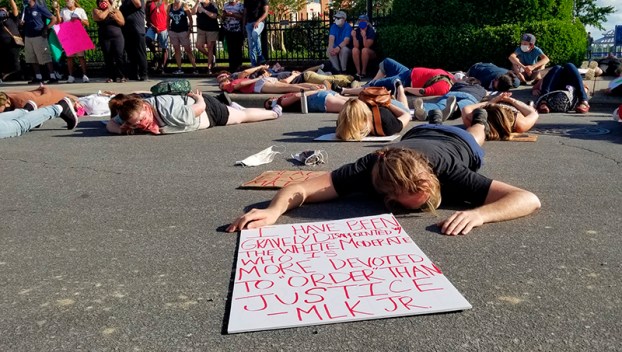 It’s past time for change

The COVID-19 virus has wreaked havoc on daily life for the last several months and dominated the news cycles, from hard data and stories of frontline workers to protests at state capitols and mask-wearing debates. The pandemic is front and center because it has had the most impact on daily life, whether a person lives in a big city, on the outskirts of town or in a rural community.

But other news continues to happen: a rocket launch postponed; a murder of a child by his mother; GE selling its 129-year-old lightbulb business started by Thomas Edison; a Roman mosaic tile floor unearthed by archeologists beneath a vineyard in northern Italy.

News continues to happen, even as a pandemic roars onward.

In the past couple of weeks, a few non-COVID-19 news stories have penetrated the national media. In one, three men were arrested for chasing down and ultimately shooting another they suspected of committing a crime. In another, four police officers were fired after one of them kneeled on another man’s neck until he died — a man also suspected of committing a crime — while the other officers looked on and did nothing to help the man who, video shows, was obviously in distress. In a third story, a woman called police to report a man assaulting her because the man asked her to put a leash on her dog in a park where dogs are required to be leashed.

What do these stories have in common? One took place in Georgia, another in Minnesota and the last in New York City. But there is one very obvious connection — in each, the victim was a black man. A black man was chased and shot in the street by three white men. A black man was pinned down to the ground with a knee to his neck and the bystanders pleading for his life could not save him because the one holding him down was an officer of the law. A black man was threatened with a 911 call guaranteed to bring law enforcement to the scene already believing he was violent and a danger to others, solely because a white woman did not like what he asked her to do, which was, ironically, to follow the law.

“This topic is always hard. What if I say the wrong thing in anger? What if I say the right thing, but I’m told I am wrong? It’s not the first time it’s happened,” D.J. Fluker, a Baltimore Ravens guard, wrote on Twitter in response to the death of George Floyd, the Minnesota man who died in police custody. “The fact of the matter is this, the system is broken and it feels that Blacks and Browns are targeted. As a father, I dread the day when I have to have ‘the talk’ with my son. I raise my children well. I try to be respectful, I am mindful of others, I stay out of people’s way. But I still carry, in the eyes of many, that element of danger — I am Black.”

As stated by Minneapolis Mayor Jacob Frey: “Being Black in America should not be a death sentence.”

It’s an intrinsic part of the fabric of each individual American and the nation as a whole to protect the rights of fellow Americans. We are failing some Americans, but not others. It’s long past time for that to change.

Write Again … We can take pride

Over the years, one constant for me has been my recognition of, and pride in, the institutions of higher learning... read more