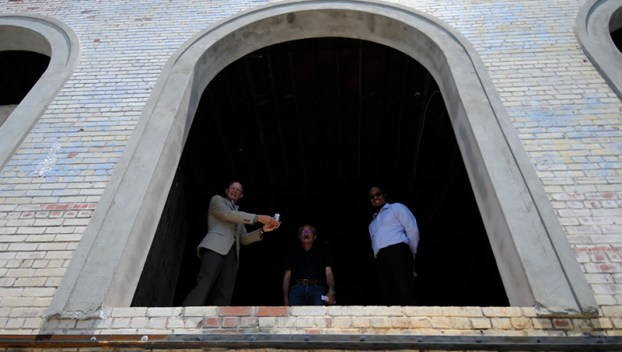 New life is coming to the old Belk-Tyler store in downtown Washington, and for that, the City of Washington is recognizing one man’s work to revive the long-abandoned building.

Sed Naziri, owner of INA LLC, was selected for the Rena K. Terrell Award for best commercial rehab in a round of awards recognizing property owners’ preservation efforts in the historic district. The annual awards cover four categories: commercial, residential, stewardship and the “Good Neighbor” award.

“It’s a significant building. It’s one of the anchor buildings downtown on Main Street,” said Century 21 Realtor and historic preservation supporter Scott Campbell. “Sed has been excellent with working with the (Historic Preservation) Commission, getting his approvals and permits with the city, and that’s been every day.” 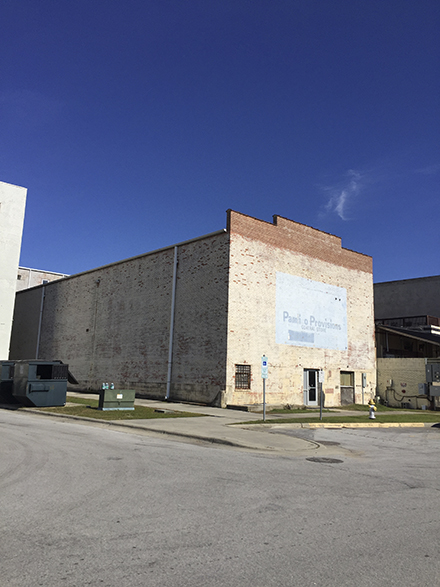 AWARD-WINNING: The old Belk-Tyler building between West Main Street and Stewart Parkway has been the subject of recent curiosity, as it’s gradually being restored to its former glory. 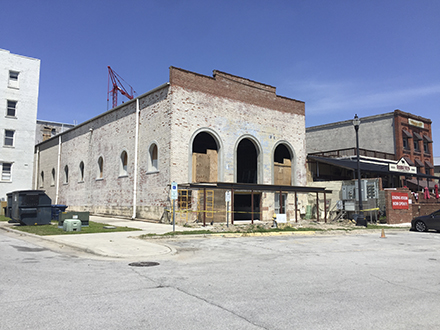 Serendipity played a part in the introduction of Naziri to Washington and the circa-1900 building. The structural engineer, owner of the Raleigh-based Base Construction Inc., came to town for a different project altogether.

“I built a brewery in Raleigh, and a friend of mine said someone is building a brewery in Washington and they want you to come in and give them an estimate,” Naziri said.

The project is the micro-brewery downstairs/condominiums upstairs slated for the Fowle building, just a few buildings up West Main Street on the corner of Respess Street. Once in Washington, however, Naziri’s curiosity about the surrounding buildings took over: how much they were selling for; which ones were available. From across the street, Century 21 co-owner Brenda Evans came out and joined the conversation, and the hunt was on to find the keys to the Belk-Tyler building. Before it was over, Mayor Mac Hodges had joined the search, and once the keys were located, the group toured the building in the dark — its façade and windows had long ago been boarded up. 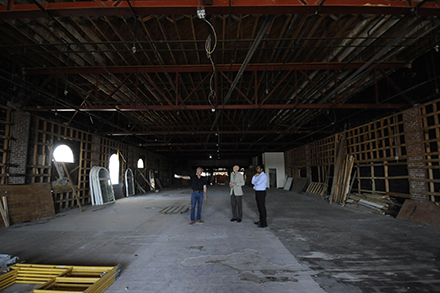 With his engineering background, Naziri knew exactly what he was looking at and for.

“I looked at it for 10 or 15 minutes with a flashlight, and then I made an offer,” Naziri laughed. “The reason I decided on this building was, first of all, I was pretty much impressed with the people I was dealing with, immediately. Everyone was very friendly, very nice. I saw the building was very sound and very together compared to some of the buildings. This is a very solid building — so that grabbed me. I didn’t see anything wrong, except the cosmetic.”

Since that time, the building has slowly transformed. On the West Main Street side, the metal canopy was removed, as well as an iron beam climbing the building’s three stories, which once held the Belk-Tyler sign. Window openings, shuttered with cinderblocks, have been opened again. Granite facing, used to anchor a past façade and damaged when the façade was removed, has been replaced. A metal strip running along the top of the building was painted to match the surrounding elements, topped by ceramic caps along the building’s roofline.

On the Stewart Parkway side, what once was an immense solid wall facing the river on an addition constructed in the 1950s or 1960s has been reinvented with arched openings. 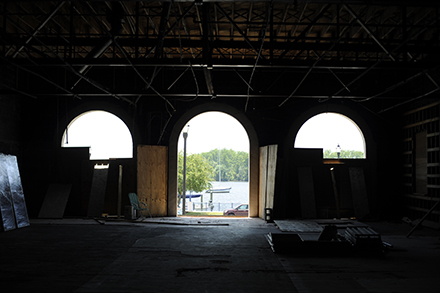 WHAT A VIEW: Inside the archways of the building will be an open-air seating area; outside a large deck — both with prime views of the Washington waterfront.

“It’s been a really amazingly well-done project that is going to have longevity. It will be here 150 years from now, because of the way they did it,” Campbell said.

Naziri’s vision for the historic building is filled with glass-walled boutiques or offices on the West Main Street side’s first floor, with a wide central hallway leading to the stairs up to the mezzanine level. There, visitors will find a high-end food court — perhaps gourmet pizza, a bakery and more — with seating in both the recessed courtyard inside the back wall’s open arches and on an expansive deck already under basic construction. The upper two stories on the West Main Street side will be divided into three to four condominiums per floor; inside parking for residents will be located on the ground floor beneath the mezzanine on the Stewart Parkway side of the building. 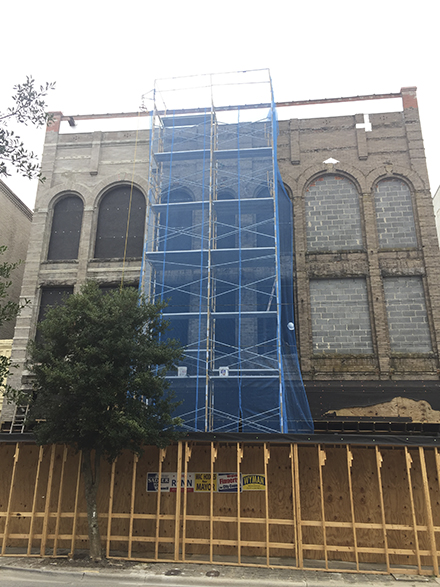 APPARENT DIFFERENCE: The view of the West Main Street side of the building shows some work before and after in a single photo. Before can be seen on the right, in the cinderblock-filled window openings, missing granite facings and brick covered in grime. After is on the left. Since, more work has been done in matching paint to existing brick on the metal strip across the top of the building, as well as installing ceramic caps on the brick above. (Sed Naziri)

It’s an urban vision, one that maintains downtown Washington’s historical integrity, and one for which Naziri is seeking partnering businesses.

“My hope is that the area above the (mezzanine) stairs will be just for restaurants,” Naziri said. “With everything going on right now, and the economy the way it is, I am trying to finish up the façade in the front and the back to make it presentable for whoever likes to come occupy. Their ideas, of course, have to match my dreams. We can work out something, but they will have to come up with their own plans, and I will help them.”

“I just reviewed those plans and I was like, ‘OK, here you go.’ This one was really simple for me,” Cunningham said.

“One of the lessons in this building is, if you do it correctly, it works. If you follow the guidelines, you work with the city, if you recognize that you’re part of a fabric that is being made, it all works out,” Campbell said. 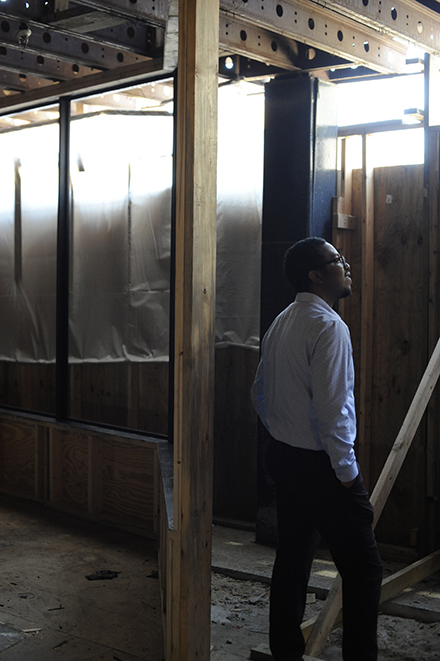 Baseball and softball fields won’t be completely untouched this summer, after all. Washington’s Youth Baseball and Youth Softball leagues will... read more