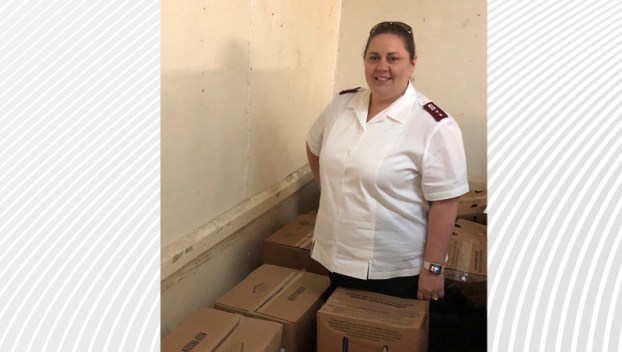 For most nonprofits, the summer season marks a slowdown in donations, but The Salvation Army of Washington is seeking donations to help to purchase a new walk-in freezer to help feed those in need.

Even before COVID-19 hit, The Salvation Army has been a site where area residents can go for help in meeting their basic needs, from assistance with rent and utility payments to food boxes to help families maintain a healthy lifestyle. When the pandemic started spreading across North Carolina, however, the organization stepped up its efforts to provide meals for those in need.

“We’re receiving an increased amount of food deliveries from the Food Bank (of the Albemarle),” The Salvation Army Capt. Karl Bush said. “We’ve increased the amount of food we’re giving out so much, and the more food we get, the more room we need to store it. … Due to funding from the CARES Act and a private donation to the food bank, they’ve told us they anticipate about a 25% increase in what they send us. I think that’s supposed to start in July.”

This week, Bush said his organization was already storing three pallets of frozen food in the freezer of a local business. When the increase from the food bank comes, the need for storage space will only grow, hence the push for a new walk-in freezer.

Transporting food to be packaged and distributed to clients at The Salvation Army also adds another logistical step in the process of feeding the community, Bush explained. By adding a walk-in freezer at the organization’s Seventh Street headquarters, however, The Salvation Army will be able to streamline some of its services.

In addition to using the freezer to store food for day-to-day operation, Bush said the space would also be a boon during hurricane season, when The Salvation Army mobilizes food trucks to provide meals in hard-hit communities.

“During a disaster, we purchase food very frequently because we don’t have storage space,” Bush said.

So far, Bush said the organization has about 65% to 70% of the cost covered, leaving between $10,500 and $9,000 left to go. While this fundraiser is specifically for the walk-in, The Salvation Army also relies on donations throughout the year to carry out most of its programs. Anyone wishing to donate can do so by visiting www.salvationarmycarolinas.org/washington or by mailing a check made to “The Salvation Army” to P.O. Box 877 Washington, NC 27889.

A drug investigation by the Beaufort County Sheriff’s Office Drug Unit led to the seizure of a kilogram of cocaine... read more