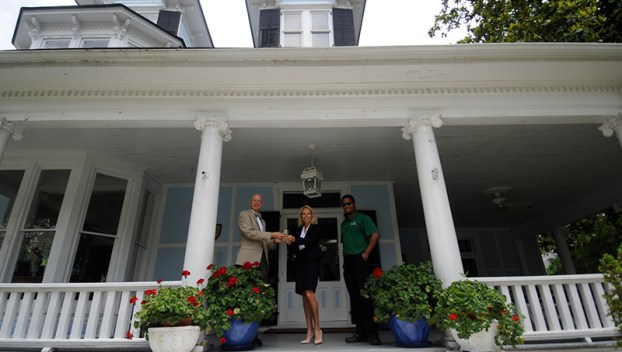 Circa-1816 Fowle House singled out for stewardship award

First, it was a home, then a Civil War hospital. At points, it was repurposed into a boys school and a hotel. The Fowle House on West Main Street in downtown Washington has a storied past, but for the pasts 15 years, it’s been the home of attorney Kim Lee and her two daughters, Sophia and Alexandra Melk.

“This house has a long history. There are no ghosts in my house, however, several people have died here — it was a hospital. But on the joyful side, there’s been weddings here; there’s been babies born here,” Lee said. “This house has a happy, joyous feeling. There’s probably been some bad in this house, but there’s been joy in the house. I love that history.” 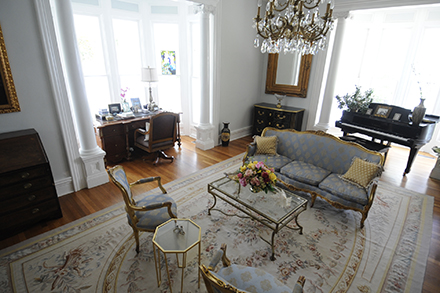 DETAILS: Ionic columns used to highlight such elements as windows and bookcases, as well as plaster ceiling medallions, speak to the historic nature of the West Main Street home.

The history stretches back to 1816, but today it, and its owner, are being celebrated by the City of Washington with the Terrell Award for stewardship.

“It’s virtually, literally, the gateway house into historic district of downtown Washington, and over the years, (Lee) has meticulously been a great steward of this very historic property,” said Scott Campbell, Century 21 Realtor and historic preservation supporter.

Campbell, along with City of Washington Historic Preservation Planner Domini Cunningham, distribute the Rena K. Terrell awards to historic district property owners each year in four categories: best residential rehab, best commercial rehab, the “Good Neighbor” award and stewardship award. According to Cunningham, the Fowle House plays an important role in Washington, and one that requires that element of stewardship. 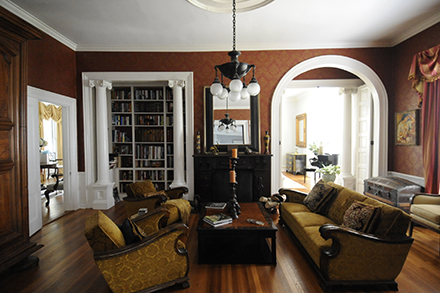 A STUDY IN DESIGN: A collection of antiques and artwork highlights the study, one of three living areas on the first floor of home.

“This is one definitely a prominent one for the City of Washington, because it’s on one of the main thoroughfares, as people turn down Main Street to go to the waterfront. This is the house you see,” Cunningham said. “It speaks to the character of the entire historic district; it’s the introduction to the historic district — you come into town, you’re going to the restaurants downtown, you’re going to see this house.”

Victorian elements were added to this originally Federal home when it was purchased and moved back from its street-side location in 1888. And its location, along with being near Lee’s family, is what brought her back to Washington after living and practicing in Chicago, then Miami. 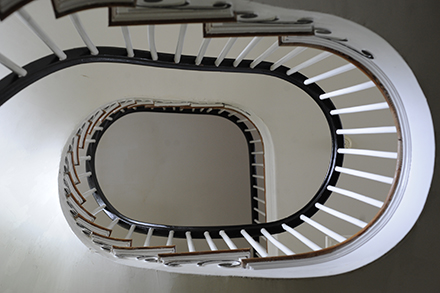 SPIRALED: A spiraling staircase backs a spacious foyer with an arched entry. The stairs curl up three flights, in a home that was once four stories, but lost a story its move in 1888.

“I wanted to be near my family, and I did not want to raise my children in south Florida. I wanted to raise them in environment where they could walk down the street,” Lee said. “I’ve always loved the charm of a historic home. Here, the 12-to-14-foot ceilings, the chandeliers, the winding stairs — I love the charm.”

The house comes with some surprises: a medallion on the basement ceiling is historic proof the house once had another full story beneath its current first story, another modification made when it was moved. Another is the staircase that curves up three flights, its shape reflected in the carved wood spirals decorating its skirtboard. The most historic find, however, was the letters to Santa, tucked back in a corner of the chimney, that were written by Lee’s then 93-year-old neighbor and her brother when they were children. 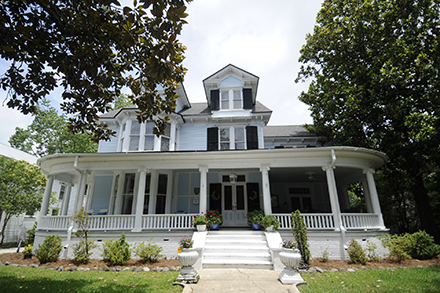 CHARACTER: As the first major historic home a person sees as they make the turn on West Main Street from Bridge Street, the Fowle House sets the tone for the entire historic district.

With the history, however, comes the necessary maintenance.

“An old house does take a lot of maintenance but a vanilla-no charm-25-year-old house takes a lot of maintenance too,” Lee laughed. “When you see an issue with the house, it’s important to assess it and figure out what it is right away, because if you don’t fix it, it will develop into a much bigger problem. I do a lot of the small, the unskilled, maintenance work myself because I like it. It’s kind of my hobby, but I also know when it’s over my head.”

Over the past 15 years, this five-bedroom home with its spacious foyer, formal parlor, study and a dining room where Lee has hosted plenty of family dinners, has served its purpose well.

“(I love) sitting on the front porch, feeling the river breeze, watching the little bit of sunset I can see. It’s also great to be able to walk downtown to the restaurants and not have to drive. And mostly just raising my kids in a small-town atmosphere.” 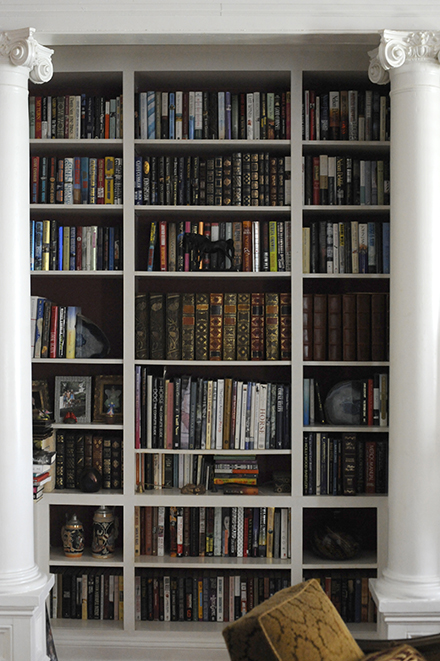 USE OF SPACE: A nook walled with books is tucked back into one wall of the study.

It seems every small town has one: a legendary figure, that person who welcomes everyone, makes friends of perfect strangers,... read more