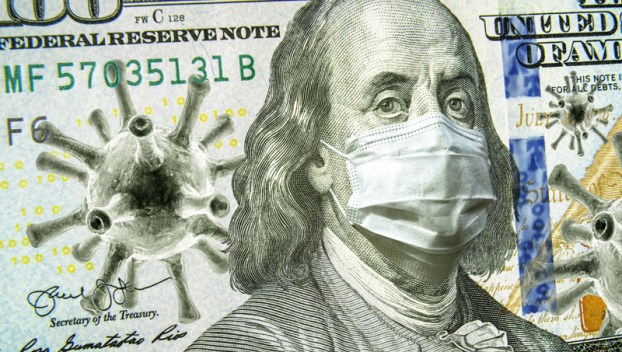 It’s now been three months since North Carolina bars and gyms were forced to close down by executive orders intending to slow the spread of the coronavirus. This week, with North Carolina Gov. Roy Cooper’s announcement of an extended Phase II of the state’s reopening plans, some business owners will have to wait until at least July 17 to reopen their doors.

But it’s not just those businesses that are suffering. Both Washington-Beaufort County Chamber of Commerce Executive Director Catherine Glover and Washington Harbor District Alliance Director Meg Howdy summed up the reaction to the news in one word: disappointment.

“Obviously, all of our businesses would have loved to been able to move into Phase III,” Glover said. “I would say there’s disappointment from the majority of them.”

Cooper’s mandate has not been accepted without resistance, however. Two local gyms in Washington have been operating for the past three weeks, and the City has taken a stance of non-interference. Market Street Pub, a bar in Washington, reopened for one weekend before a call North Carolina Alcohol Law Enforcement prompted the bar to close again.

Statewide, combination of legislation and lawsuits has pushed for gyms and bars to be reopened, so far to no avail. Earlier this month, a lawsuit filed by gym owners throughout the state asked a Wake County court for an injunction allowing them to reopen while a lawsuit works its way through the legal system. That request was denied.

A group of more than 200 bar owners, part of the N.C. Bar and Tavern Association, also filed a similar suit this month. Bar owners spoke before a Wake County judge during a preliminary hearing last week, asking for an injunction that would allow them to reopen. As of press time Friday, the court had not made a ruling.

While those lawsuits work their way through the legal system, the North Carolina General Assembly has also taken up the issue. Last week, Cooper vetoed HB 594, which would have allowed both bars and gyms to reopen under certain conditions. Republican leadership in the General Assembly attempted to override the veto Wednesday, but lacked the necessary 2/3 majority to do so.

A second bill, H.B. 805, was presented to the governor Friday. That bill, which addresses the reopening of gyms, passed both houses with enough support to potentially override a gubernatorial veto.

Though both Howdy and Glover say they haven’t heard of any local business owners who have had to permanently close their doors due to COVID-19 closings, both emphasized the need to support these businesses however they can.

“It’s a really difficult time for our businesses, but we also have a very strong business community, and a lot of them are learning to adapt and do new things online and in other ways,” Glover said.

Besides supporting businesses in those new ventures, there are plenty of ways to support businesses. From buying gift cards to liking and sharing businesses’ information on social media, every little bit helps. Even something as small as an encouraging word or card can go a long way, according to Howdy.

“One of the hardest things right now, is not only the financial piece, but the psychological piece,” Howdy said. “For our business owners, this is hard on their hearts, and they’re ready to be serving their customers. Not being able to open is very difficult, not only for their livelihood, but also for their morale. If you feel so led, write a letter, send them a card in the mail, thank them for what they’ve done for our community. Let them know we continue to support them.”

A wealth of resources for for small business owners can be found online at www.nc.gov/covid-19/business-employer-covid-19-resources. In addition, the Beaufort County Community College Small Business Center is offering free sessions with expert counselors to help local businesses adapt to operating amidst COVID-19. Interested can seek counseling by emailing continuingeducation@beaufortccc.edu or calling 252-940-6375.

Fourth of July events still on in Belhaven

BELHAVEN — The Fourth of July festivities are still on in Belhaven this year, from the traditional street dance and... read more