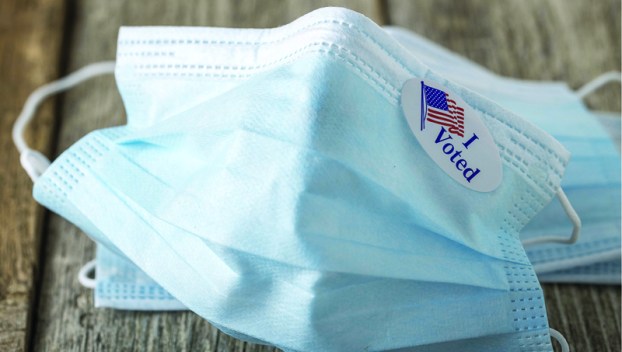 An order from the executive director of the North Carolina State Board of Elections has laid out new ground rules for the upcoming November election, including expanded one-stop voting, new safety measures at polling places and a requirement that all poll workers wear masks.

The order mandates that every one-stop voting location in each county will be open at least 10 hours during the first two weekends of the one-stop voting period, and requires a minimum of one-stop location per 20,000 residents.

In 2018, the North Carolina General Assembly passed a law that said all one-stop locations throughout the state must have uniform hours during the 17-day period. 2019 legislation made Beaufort County the exception to the rule, however, allowing for fewer early voting days in Belhaven and Aurora, where turnout was relatively low during the one-stop period.

“We have a waiver that Belhaven and Aurora can be processed at a lower amount, so we’re just trying to figure out what that schedule is going to be,” Beaufort County Board of Elections Director Kellie Hopkins said. “Washington and Chocowinity will be open the whole time.”

So far, Hopkins says there have been no changes to polling places for Election Day, but the local board will need additional help with poll workers. While those poll workers will have to wear masks, voters will not. According to the order from the state board, there will be barriers in place between poll workers and the public.

“A lot of our precinct officials are retired, and fall into high-risk groups,” Hopkins said. “I’m expecting some of them to not work because they’re worried about being exposed to COVID. We also are going to have to employ, I’m thinking, two additional employees at each precinct to handle crowd control and disinfecting.”

Between those additional workers, expanded one-stop voting, more absentee ballot mailings and the expense of purchasing personal protective equipment, Hopkins says the election will cost more this year. State and federal aid will help cover those costs, however, with more than $100,000 coming to Beaufort County.

“That money cannot supplant county expenses we’re already budgeted for, but additional expenses that come about because of the pandemic,” Hopkins said.

Hopkins says there has been a slight uptick in requests for absentee ballots, and she expects to see more as the election draws nearer. Overall, she says planning for the 2020 election has been a difficult process, because the circumstances continue to change from day to day.

For the latest on North Carolina elections, visit www.ncsbe.gov or www.beaufortncboe.org.

The number of confirmed COVID-19 cases in North Carolina continued to rise from 105,276 Wednesday to 107,125 Thursday. There have... read more