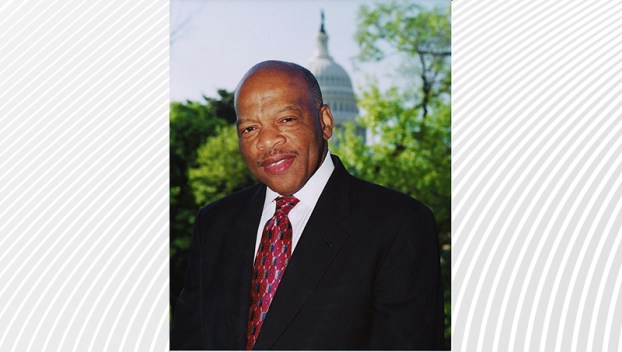 Words to live by

John Lewis died last week. For those who aren’t familiar with the man, one photo might stir a recollection. In this photo, Lewis, as a young man, is on the ground, being beaten by a state trooper with a baton. On that day, the day of the Civil Rights march over the Edmund Pettus Bridge in Selma, Alabama, Lewis’ skull was fractured. It was that picture, and others like it, that shocked the nation and forced the swift progression of Civil Rights in America.

The son of a sharecropper turned Civil Rights icon would later run for Congress in Georgia. He served 33 years in that office. He served his country until he died July 17, in the midst of a resurgence of protests and demand for racial equality, an echo of the march on Washington, D.C., which Lewis, one of six, organized and where Dr. Martin Luther King Jr. gave the speech that continues to resonate through time — “I Have a Dream.”

Lewis spoke that day, too. Then, he was the youngest speaker on the stage; he had a voice and he used it. Lewis continued to use his voice:

“We are one people with one family. We all live in the same house … and through books, through information, we must find a way to say to people that we must lay down the burden of hate. For hate is too heavy a burden to bear.”

“If you see something that is not right, not fair, not just, you have a moral obligation to do something about it.”

“Do not get lost in a sea of despair. Be hopeful, be optimistic. Our struggle is not the struggle of a day, a week, a month or a year, it is the struggle of a lifetime. Never, ever be afraid to make some noise and get in good trouble, necessary trouble.”

“Sometimes you have to not just dream about what could be — you get out and push, and you pull, and you preach. And you create a climate and environment to get those in high places, to get men and women of goodwill in power to act.“

“Freedom is not a state; it is an act. It is not some enchanted garden perched high on a distant plateau where we can finally sit down and rest. Freedom is the continuous action we all must take, and each generation must do its part to create an even more fair, more just society.”

Words to live by.