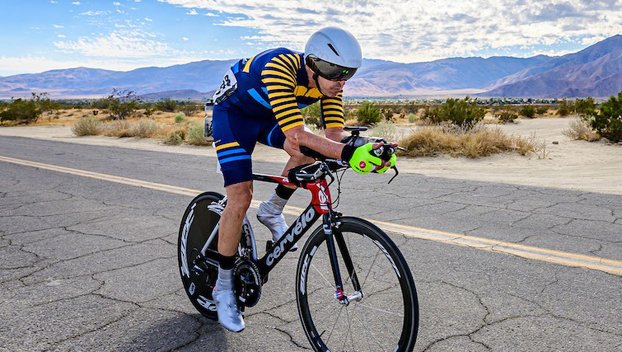 ON THE ROAD: On learning a local cycling race was canceled due to COVID-19, Dick Wiley decided to travel to Washington from his home in Ohio to take part in his own one-man race across Beaufort County last weekend. Here, Wiley is pictured cycling at a past event. (Dick Wiley)

With race canceled, cyclist makes his own

More than 100 bicycle racing enthusiasts were supposed to descend on Washington and Beaufort County last weekend. Dick Wiley was the only one who showed up, even though he knew he wouldn’t have any competition.

Because of COVID-19, the Mid-Atlantic 12/24 based annually at Washington High School was canceled two weeks before race day. That was too late for Wiley, who spent all summer getting into shape.

“My gun was loaded, and I had to pull the trigger,” said the 66-year-old veterinarian from Wooster, Ohio, who spent most of his career working with cattle. “I took up endurance biking a few years ago when my achy knees wouldn’t let me run anymore. I’m a competitive guy and like to test my limits. I look for longer events and fairly flat courses, and this event checked all the boxes. I had been lifting weights with a strength coach, and I also had a bike coach helping me train. I told my wife, Karen, that I couldn’t let all that go to waste, so we packed up the car and drove down as planned.”

The 12-hour trip from northeastern Ohio ended at the “318 on the River” Airbnb. The trip served as a change of scenery in these quarantined times and offered a chance to see a new part of the country.

“It was my first time in Washington, and we really enjoyed it,” Wiley said. “We had some good meals at Ribeyes, Marabella, Bill’s Hot Dogs and Rachael K’s and wandered around on the waterfront. We also rented kayaks and took them out on the river. It was a good time to get out of town and relax a little, with a 200-mile ride thrown in as a bonus.”

The Wileys reported to the start/finish line at Washington High School on Saturday for a 7 a.m. start, just as if the race was going on as normal. In other years, the race has several levels and age groups for men and women. Wiley was slated to enter the 12-hour version, in which riders cover as many laps as they can around the 26-mile course that winds through northeastern Beaufort County. The 24-hour race is for the more hardcore cyclists, while less experienced riders could opt for the six hour or the 100-mile version.

On race day, Wiley hopped on his black Cervelo P5 time trial bike at the appointed time and pedaled away on the first of what turned out to be eight laps.

“I’ve done a lot of solo training, so it felt like another day in the saddle to me,” Wiley said. “My goal was 200 miles (also called a double century). A flatter course is easier for me to ride, and the scenery was very pleasant. There was minimal traffic, and what cars I saw were respectful. The temperature was in the 80s, and it rained a couple of times, but I enjoyed it overall.”

Wiley stopped every 50 miles (two laps) for water and food and finished the double century in 10 hours and 45 minutes in a race against himself.

“I had had enough by then,” he said. “I told Karen it was time to shut it down and go to dinner.”

Sleeping your way to better health

ALENE PAYNE Sleep awareness goes much deeper than trying to get in a few more minutes each morning before getting... read more