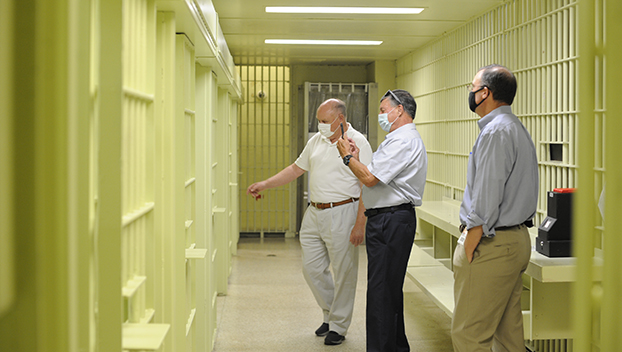 The Beaufort County Detention Center reopens to inmates this week, as a costly project to fix the jail’s door-locking mechanisms comes to completion.

Friday, Beaufort County commissioners Jerry Evans, John Rebholz and Frankie Waters, along with county staff, took a tour of the jail to view the work, which includes a new computer system and software for the opening and closing of doors remotely, as well as get a demonstration of the new sliding doors. Other work included a renovation of the holding cell adjacent to the control room and deep cleaning of floors and other surfaces before repopulation.

According to Beaufort County Public Works Director Christina Smith, state Department of Health and Human Services inspectors gave the county the go-ahead to repopulate the jail, which was then echoed last week in an order from Senior Resident Superior Court Judge Wayland Sermons Jr.

“There are some minor items that need adjustments, but nothing that is involved with the actual inmates,” Smith said.

The completion of the project comes as the 60-day contract with the Pitt County Sheriff’s Office to house Beaufort County inmates in Pitt County’s detention center comes to an end. Had more time been necessary, the $75 per bed, per day rate would have risen to $100 per bed, per day. Since the contract was initiated two months ago, Beaufort County Detention Center officers have been manning the 75-bed E Block in Pitt County, which has given them the opportunity to become familiar with the new door-locking system, as Pitt County has a similar one, Smith said. 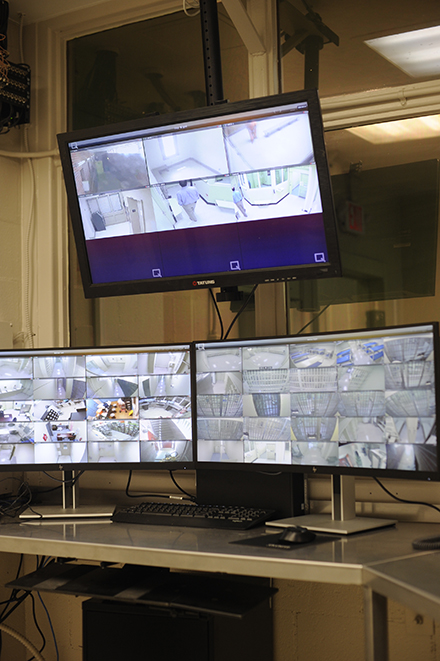 The door-locking system began to fail in the local jail in January 2019, but delays ranging from no initial bids on the project and hold-ups with approval for the work at the state level, to issues with supply chains and getting materials because of COVID-19, have drawn the project out. According to Beaufort County Manager Brian Alligood, the project itself has come in slightly under the initial budget of $798,000, however, the cost of housing inmates in other facilities so the work could be done has more than doubled, from a budgeted $630,000 to $1.4 million.

The three commissioners who toured the detention center Friday said they were pleased with the project’s completion.

“I think it’s going to be a lot more safe for our employees,” Waters said.

Alligood said the plan was to begin moving inmates back to Beaufort County in small groups this week.