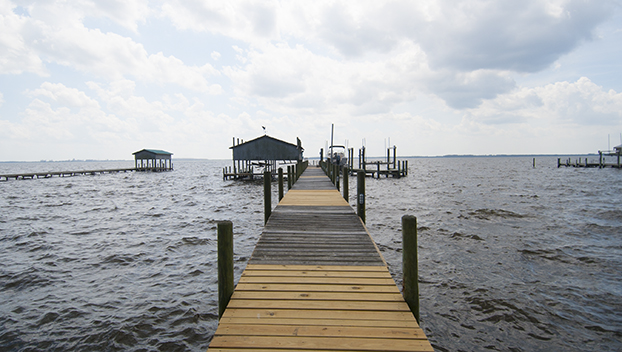 INCOMPARABLE VIEW: Situated on a gently sloped bank in Bayview, the home of Ruby and Larkin LIttle offers an amazing view of the river, a pier, boathouse and lift and a sandy river bottom for swimming. (Vail Stewart Rumley/Daily News)

Bayview home built for the generations

BAYVIEW —  Standing on the front porch of Ruby and Larkin Little’s home at Bayview, the breeze from the wide Pamlico River whispering through the screens and the lap of waves against the bulkhead may be the only sounds heard. There’s plenty to see: piers jutting out into the water, a big blue sky and an opposite tree-lined shore nearly two miles away.

The peace of their surroundings, the sunrises and sunsets, were what drew the couple to the land nearly three decades ago. They were living in Greenville and found Bayview to be just their kind of getaway, without going too far away.

“For a number of years, we had a trailer here with a big old porch on it,” Larkin Little said.

By 1993, they were ready to build, so they built the house right next door to their current one — its stucco exterior and wall of windows facing the river modeled on a home they’d seen while in Ft. Myers, Florida. It suited them, until the Littles got a random visit one day.

“In 2004, some people walked up to our door and said they wanted to buy it,” Larkin Little said.

“I looked at Larkin and said, ‘You want to sell this house?’” Ruby Little laughed.

It turns out, they did. 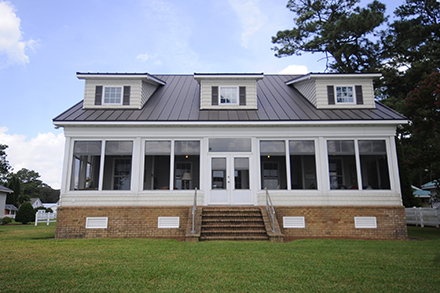 THREE SEASONS: A three-seasons porch takes advantage of the river breeze in a space that has the comfort of indoors, outdoors.

“We were gone six months a year, off and on. I felt I needed something a little more closed in, because we weren’t here to check on it all the time,” Ruby Little said.

The next house was built to last.

“Because it’s so well-engineered, there’s a lot of things you don’t see that add a lot of value to the property,” said Century 21 REALTOR Scott Campbell. “It’s got an irrigation system, a deep well, three zones for heat and air, 50-year-warranty metal roof, French drains around the property.” 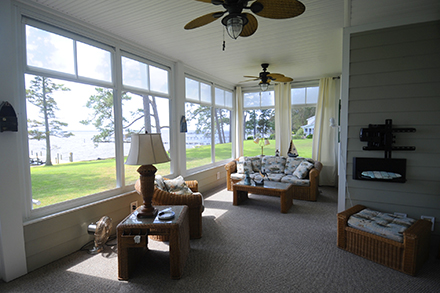 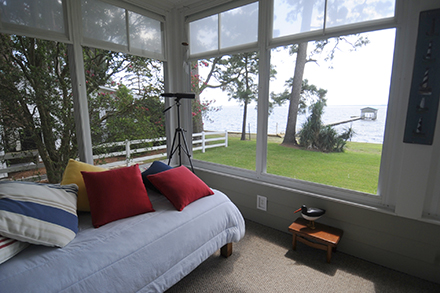 A PLACE TO RELAX: A daybed on the three-seasons porch makes for an ideal spot to take a nap, with the river breeze and the sound of the waves against the bulkhead.

Ruby Little served as general contractor on the house, and nary a space went unused. Where drywall would have covered a nook, she instead had the space converted into a recessed bookcase; where a closet would have been built a certain size, she requested it be expanded to fit beneath the slope of the roofline. The kitchen is a cook’s dream, with all the extras: double ovens, a walk-in pantry, all Thermidor appliances including refrigerator plus two additional refrigerated drawers in an island. 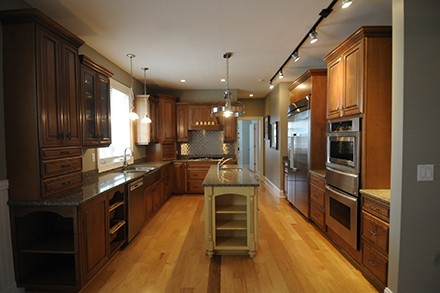 COOK’S KITCHEN: With all Thermidor appliances and bonuses such as a bread drawer and additional refrigerated drawer space in the center island, this kitchen is made for someone who loves to cook.

“It’s maxed out,” Ruby Little laughed. “Larkin gave me free reign and we used it.”

That extends to a three-seasons porch that runs along the front of the house and a master bathroom with a shower in one room and soaking tub with views of the river in another, separated by an enormous walk-through closet. 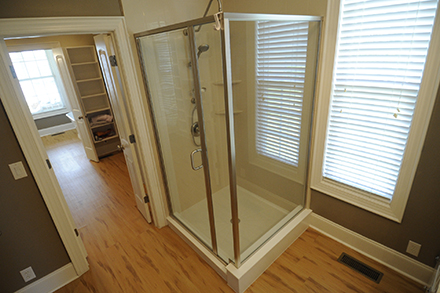 The Littles designed the house not only for themselves, but for their children and grandchildren — upstairs bedrooms with their own sitting room, along with a playroom, provide plenty of space to spread out.

“When we built this and moved down here, we had 11 grandchildren. They were down here all the time, running around,” Larkin Little said.

“Now everybody’s grown up and gone to college or moved to other states,” Ruby Little said.

Their children’s and grandchildren’s moves have precipitated the Littles’ move to Washington. There, they still have views of the water in their Moss Landing home on Water Street, and the pool that came with the property is Ruby Little’s new river.

“I’ve never lived in town in my life, but we can walk places, and we’ve enjoyed that when we’ve been able to do it,” Larkin Little said.

The couple said they’ve enjoyed their Bayview home for many years. 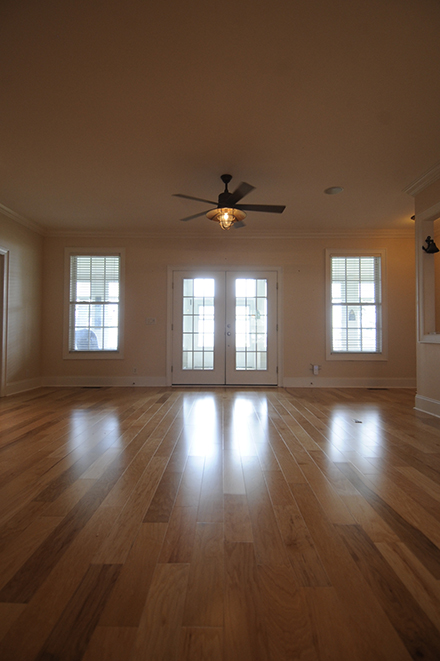 LOTS OF LIGHT: With hardwood floors and windows and doors opening onto the porch, the living room is bright and airy.

“We’ve enjoyed the space and being able to spread out and all the entertaining,” Larkin Little said.

“Sitting on the porch, you’re right there on the river, and the breeze feels so good,” Ruby Little said. “It’s a happy place.”

Beaufort County Community College is offering a newly mandated class for general contractors in North Carolina. This will be a... read more