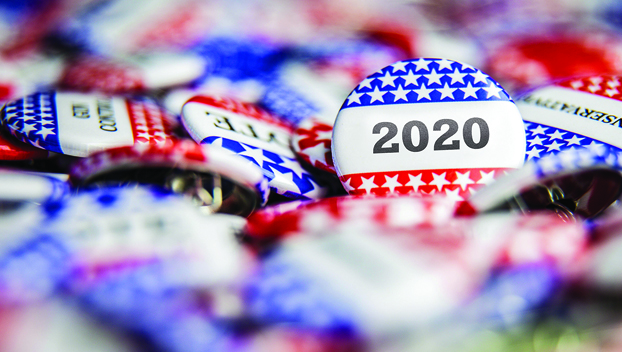 As the 2020 election season begins to hit full stride, Democrats and Republicans in Beaufort County both say political signs on private property have been destroyed or vandalized in recent weeks.

Recently, party officials report that signs have gone missing in neighborhoods throughout Washington — Biden/Harris signs in the Smallwood neighborhood, Market Street, and then Trump/Pence signs on Respess Street and Summit Avenue, just to name a few.

For both Republican and Democratic leadership, sign theft is an issue that goes across party lines.

“They’ve been picking up our signs left and right, either destroying them or throwing them in their vehicles,” said Elaine Wood, chairwoman of the Beaufort County Democratic Party. “I got a report from somebody saying there were two white guys driving around in a sedan, going through Washington Park and the area of Seventh Street. I’m not too happy about it.”

Both Wood and Beaufort County Republican Party Vice Chairman Paul Varcoe say that the issue isn’t specific to this election. Rather, it’s a problem that has been going on for years, disrespecting local residents’ rights to express their political opinions.

“Rather than having a civil discourse on the election, people resort to things like stealing signs,” Varcoe said. “This isn’t Halloween pumpkins. This is the United States of America’s elections. This is the foundation of what we stand for.”

At the Beaufort County Board of Elections, Director Kellie Hopkins says her office has received a number of reports regarding stolen signs, but that people need to contact their local law enforcement agencies to report the thefts.

“I can’t do anything about it, but it seems like I’m the first one people call,” Hopkins said. “We’re not an enforcement body.”

Hopkins added that political signs will soon become more visible, starting Sept. 15, the date state law allows them to be placed on roadside right of ways.