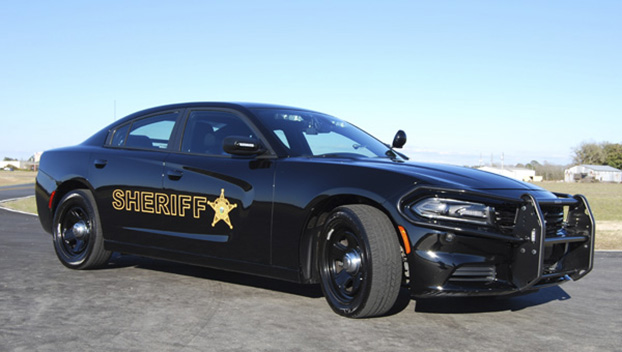 “In this year’s budget, there are 102 positions allocated to the Sheriff’s Office by the Board of Commissioners,” County Manager Brian Alligood explained. “Previously, there were 107 in the last fiscal year. The Sheriff’s Office made adjustments in their budget last year to adjust salaries for their personnel, and, at that time, they made a commitment to bring back a flat budget to the Board of Commissioners. In order to bring back a flat budget to commissioners this year, they had to take five positions and leave them unfilled, and cut some capital funding related to vehicles.”

When the board adopted the county’s budget for fiscal year 2020-21, Alligood said they did so with the impact of COVID-19 in mind, anticipating potential shortfalls in revenue. He says every department was asked to bring in tight budgets for the fiscal year in response to that uncertainty.

Alligood added that all county departments are currently under a partial hiring freeze due to potential impacts of COVID. Through the end of the year, he said that when any position in the county becomes vacant, the supervisor must bring it to the board to justify rehiring.

BCSO Chief Deputy Charlie Rose, who deals directly with commissioners, says there is currently funding in the BCSO budget for those five positions, but unfreezing them requires commissioner approval. He said the salary increases made last year helped bring the BCSO more in line with comparable agencies.

“Funds are available right now in the bank accounts to cover the addition of five deputies,” Rose said. “Historically, we have had surpluses because the sheriff is a good steward of the money, so that would cover even more.”

Flash forward to Tuesday and Beaufort County Sheriff Ernie Coleman issued a press release ahead of the monthly meeting of the Board of Commissioners. In the release, Coleman accused commissioners of “defunding” those positions, which he says impacts all facets of his operations.

“What this is going to cause is a shortage of deputies on the road taking emergency calls for the safety of the people,” Coleman said in an interview Wednesday.

Coleman compares the daily operations of the BCSO to solving a Rubik’s Cube. On a weekly basis, he has to reassign patrol deputies and other personnel to transport inmates from the Beaufort County Detention Center.

Then there are the school resource officers returning to the classroom next week throughout the county. While school has been out of session, Coleman said he has been relying on them to help move inmates to other facilities, as needed.

The net result, according to Coleman, is that he sometimes has to ask deputies to remain on call during what should be their days off, keeping them from time with friends and family. He said not having the officers he needs also increases overtime for his office, a point of contention between commissioners and the BCSO in the past.

“This was a critical decision at this point in time that the county commissioners made, purposefully, to defund these positions and cause my office to fail,” Coleman said.

If there’s one thing that commissioners, the sheriff and the county manager agree on, it’s that the current discussion is politically motivated.

“It’s a political football going back and forth,” Alligood said. “That’s all it is. (BCSO Chief Deputy Charlie Rose) was clear about that (Monday) night. He was clear in his comments that he works for an elected official, that the commissioners are elected officials, and that this was a political statement.”

Coleman, for his part, says commissioners are attempting to exert control over his office by playing politics with the BCSO budget, though sheriffs’ offices in North Carolina are constitutionally and statutorily their own entity.

“The facts are, we have been defunded at a critical time in this world right now, under the deception that it was because of COVID,” Coleman said. “Now, for whatever reason, they’re going to keep that and show they have control over the sheriff. I say it has nothing to do with control, but it’s about the safety of our people.”

Commissioner Hood Richardson, meanwhile, a vocal critic of Coleman, accused the sheriff of attempting to create political turmoil just a few weeks away from the election. Richardson further claims that the BCSO put itself in this position because of poor management.

“What this guy has done, the whole time he’s been in office, and he’s been successful at it because we have a weak board of county commissioners, is he’s made demands of commissioners. These guys have not had enough backbone, as a body, to stand up to him,” Richardson said.

Board of Commissioners Chairman Jerry Evans says that he supports the sheriff’s office “100%,” but that its time to move on from the issue, leaving the allocations where they are for the time being.

“‘Defunding’ has become a buzzword,” Evans said. “We’ve focused on three areas — the 911 center, the detention center and the Sheriff’s Office. What we did this year is we went back and did our budget, sitting down with the sheriff’s department. There was a number in there of 107, and they moved it to 102, and said they were happy. We’ve tried our best to keep the budget flat. It’s not a ‘defunding’ thing. They’ve decided to move some people around, promote people and fill different positions. I think we’re going to leave it just like it is until the next budget year.”

The next meeting of the Beaufort County Board of Commissioners is scheduled for Monday, Nov. 2, the day before Election Day.

A fall favorite, Pinetown VFD BBQ canceled due to COVID

By KAREN THIEL For the Washington Daily News   Barbecue fans will have to wait until at least next spring... read more