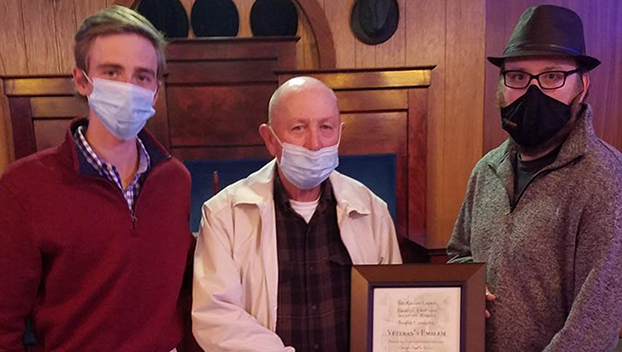 Honoring years of service for a Freemason

Orr Lodge #104 of Washington, NC recently had the honor and privilege of presenting a 50 year service award to Brother Edward Eugene Riffle. Brother Edward became a Master Mason on August 18, 1970 and resides in Washington. To make this presentation even more special, Brother Edward was witness to his grandson Samuel Edward Patti’s advance from the Degree of Entered Apprentice to that of Fellow Craft. Brother Samuel joined Orr Lodge on February 18, 2020. The Brothers of Orr Lodge take pride in the family bond of both of these Brothers. The tenants of Freemasonry remain the same even 50 years later; through friendship, morality, and brotherly love, Masonry makes good men better.