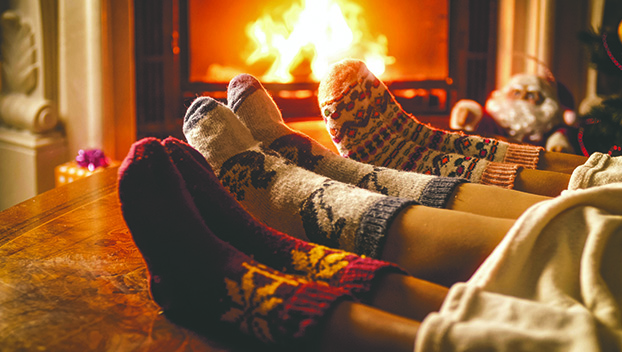 D.S. Swain has seen more than 70 winters come and go, most of those since he turned 18 and started working with his father at D.S. Swain Gas. He said, this week, that he isn’t very worried about the weather ahead. “Winter is going to come every year. It’s right in the stars and the sun,” Swain said, with the confidence of a sage. So, what needs to be done by those of us who want to safeguard our homes before temperatures settle into the mid-30-degree range that the North Carolina Climate Office calls a typical “low” for eastern North Carolina’s winters?

“Reduce the demand for heat. Things need to be up to building codes, including windows, insulation and weather stripping,” Swain said. “Storm door and windows, improved insulation, those are really easy. You want to be as comfortable, safe and economic as possible. Nothing’s free, but people can do most things by themselves. If not, you shouldn’t have to look far to find someone. It doesn’t take a professional carpenter to do those,” he added.

Some things, however, do need a specialist. Swain said the first one to seek out is someone to inspect whatever supplies the heat, to notice what an energy novice might miss. His advice was echoed by Heidi Smith, who handles public relations at Tideland Electric in Pantego and is one of several Tideland employees who do home inspections. She said a visit from an energy auditor could do more than save money: it could save lives.

“Someone with a question should feel free to call and ask. There are some things you just don’t need to do yourself,” she said. Then she listed some of the common sense actions we can all take to make sure our living spaces are winter-ready:

Remove window-ledge air conditioners, then shut windows tightly to prevent warm air from escaping. Wrapping an air conditioner is a much less effective way to keep cold air outside.

In a home with storm windows, make sure both windows are completely closed and secured.

Close crawl space vents that are built into house foundations, to keep floors warmer and prevent pipes from freezing.

Change vent filters every month, so air flow isn’t restricted by dust and other contaminants.

Read your meter on a regular basis, and write down what it shows. Smith said any sudden change in the amount of heat used could be a sign of equipment malfunction that could result in “something catastrophic.”

Mobile home owners should “set it and forget it” when it comes to their temperature gauges. Those heating systems have emergency heat strips that other structures don’t feature, and are much more expensive when they activate.

Keep indoor temperature settings at 68 degrees. “If it was 68 degrees outside, we’d all be outside. If we eliminate drafts, 68 degrees really should be able to keep us comfortable, especially if we are dressed for the season,” Smith said.

This may all sound expensive and labor intensive. Swain and Smith said “true” to both, then added that winterizing your living space will eventually save you money. “Those things will pay for themselves, but not off the bat. It takes time to get your money back, but you will keep on saving. Initially you’ve got less than you had, but improvements like storm windows and doors are worth more than money,” Swain said. Taking care of your living space could save your life.

The restaurant industry isn’t the only one hurting!

Terra Ceia, loosely translated, means “Where Heaven meets Earth or Heavenly Earth”. The area is aptly named if you have... read more