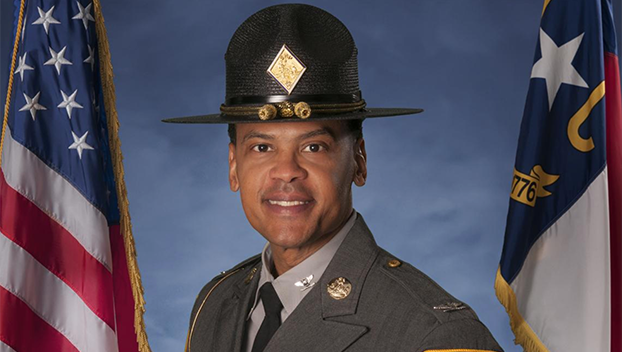 By N.C. Department of Public Safety

“I am grateful for Colonel McNeill’s service to our state and his hard work to keep North Carolinians safe,” Gov. Cooper said. “He cares deeply for the organization and its members and has been an outstanding leader during difficult times.”

“It is with deep gratitude and respect that I accept Colonel McNeill’s notice of retirement, effective April 1,” Secretary Erik A. Hooks stated. “His contributions as a member of our leadership team at DPS are greatly appreciated. His commitment to law enforcement and public safety is unwavering and he has served the State Highway Patrol, DPS and the State of North Carolina with distinction.”

“Words alone cannot express how much of an honor it has been for me to serve North Carolina as a State Trooper and as Commander. I have decided that this is the right time for both myself and my family. The love and encouragement I have received from my family has been tremendous throughout my career,” said McNeill.  “In 1993, I joined this outstanding organization, as so many others before me, with the hope of making a difference in the lives of others. It has been a truly amazing journey and I have enjoyed working alongside many talented men and women, sworn and civilian of this great organization. The support I have received from each of them is second-to-none and for that, I am extremely appreciative.”

A native of Reidsville, McNeill joined the Patrol in 1993 after his service to our country as a member of the United States Military.   McNeill was sworn in as a State Highway Patrol Trooper in 1994 and has served in various specialized positions and supervisory roles across the state.

Secretary Hooks added, “Under Colonel McNeill’s leadership, the State Highway Patrol has recruited and promoted a more diverse workforce recognizing the Patrol should reflect the communities they serve and together we have significantly improved the pay of personnel throughout the Patrol ranks. Additionally, he provided staunch support for the passage of Connor’s Law and the State Highway Patrol has greatly improved its resources and fleet of aircraft under his command.”