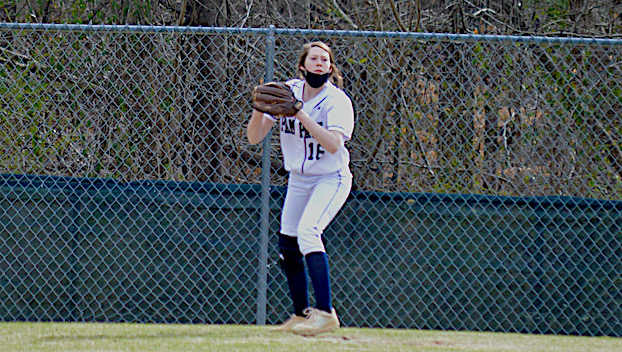 The Pam Pack scored 10 runs in the first inning for a 15-0 win at Greene Central Tuesday and did it again at Kinston Wednesday in a 18-0 rout.

The Pam Pack (7-0, 7-1) banged out 14 hits in three innings against the Rams as Morgan Eisenzimmer, Ava Shea Mizelle, Katherine Pollock and Peyton Youmans each had two. Pollock and Mizelle drove in two runs. Savanna Craft hit a home run and combined with Erin Everett to record six of the nine Greene Central outs by strikeout while giving up just one hit.

Craft teamed with freshman Mica Lilley for a three inning no-hitter Wednesday at Kinston. Lilley struck out five of the six batters she faced, while Craft fanned two in the first inning.

WHS had eight hits from eight different players against the Vikings and drew 12 walks. Laci Campbell, Ayanna Davis and Shaelee Chrismon each drove in two runs.

The Pack is home Tuesday for Senior Night against North Lenoir and Thursday against Ayden-Grifton.