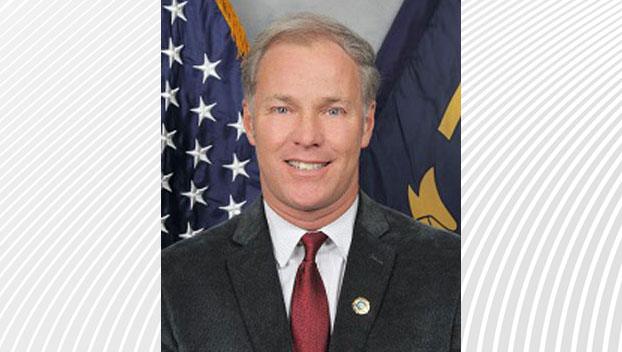 In an email sent to Beaufort County Board of Commissioners Chairman Frankie Waters and local news outlets Monday evening, Beaufort County Sheriff Ernie Coleman declined an open invitation to appear at the Board’s meeting that night.

The commissioners approved sending that invitation during their April meeting. Katie Mosher, clerk to the county commissioners, sent the invitation to Coleman on April 26.

“Thank you for the open invitation to appear before the commissioners and ‘address any issues concerning the Beaufort County Sheriff’s Office.’ Which are many,” Coleman’s email reads in part. “After personally reviewing the last 6 months of televised meetings online I have decided not to subject the integrity of myself or my Office to such a hostile narcissistic environment. Commissioner Richardson continues his monthly slander of my Office with many unsubstantiated terms such as: corrupt, mismanagement, and cowards just to name a few.  This is extremely unprofessional and not the way to run county business. I will continue to abide by State Law.”

In several written statements, Coleman has claimed that the commissioners “defunded” his office by freezing of five of its positions during the budget process for the current fiscal year.  Coleman said the alleged defunding caused operational strains that resulted in his decision in late 2020 to terminate the memorandum of understanding through which the Sheriff’s Office provided deputies to serve as school resource officers within the school system.

Another matter involving the Sheriff’s Office is the Beaufort County Police Force Committee, a group of three commissioners tasked with researching whether it’d be feasible for the county to establish a police agency similar to Gaston County’s. Rep. Keith Kidwell and several people who’ve spoken during public comment sessions say the committee’s purpose is defunding the Sheriff’s Office. Committee members have emphasized that their task is strictly fact-finding.

Chief Deputy Charlie Rose typically serves as the liaison between the commissioners and the Sheriff’s Office, and Coleman indicated that will continue as the budget process for the fiscal year 2021-22 continues.

“I have assigned Chief Deputy Charlie Rose and the Director of Administrative Services, Callie Harris to assemble and present our budget to the County Manager,” Coleman continued. “Chief Rose will attend the budget workshops to advocate for the Office of Sheriff and I will use whatever resources that are allocated to my Office to continue to protect the citizens of the County with or without your financial support as I am mandated to do by The State Constitution and State Law. More to come.”

Here are some photos from the 2AA East Regional Final between Washington and St. Pauls. Read about the game here.... read more