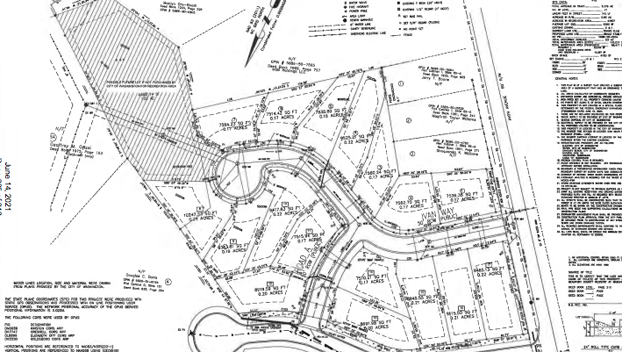 Within the past several years the City of Washington’s marketability and livability have improved significantly, thanks in part to major developments such as the streetscape project as well as local investments by businesses and manufacturers of all sizes.

Those improvements are catching the eyes of some commercial and real estate developers. They see Washington and Beaufort County as a region worth investing in. In a county that is too often left behind by its young people, those investments are particularly impactful in terms of encouraging families to plant or keep their roots here.

Before we get into that, we need to look at the process of getting a development approved in the city, whether it’s for a housing complex, a subdivision, a professional center or something similar. That process is stringent, as it should be. Preliminary subdivision plats, for example, go through the planning board and City Council. By the time a preliminary plat is considered at a planning board meeting, several people have already laid eyes on it and submitted feedback — including the city planner, other city staff members, and members of any other applicable city departments such as Public Works, Fire-Rescue-EMS and Parks and Recreation. Members of the public can also share their thoughts on proposed plat with the planning board as well as the City Council. Based on the information presented from all of those parties, the planning board ultimately makes a recommendation to City Council as to whether it should approve the preliminary plat.

Almost all of the heavy lifting in the approval process is done before a plat reaches City Council; city officials have already weighed in on whether or nor the plat is on compliance with city ordinances and laws, and where it will fit with the city’s infrastructure. Councilmembers certainly are under no obligation to agree with every recommendation they receive from the planning board and city staff. But when those recommendations are pushed aside time and time again with minimal explanation, there’s a problem.

We’ve seen that happen several times within the past year, the most recent occurrences being two denials of the Powell Place preliminary plat. Powell Place is a proposed subdivision that would be built on the property that houses the defunct Racquet Club of Washington. The planning board approved both attempts, voting 5-1 the first time before unanimously approving a revised proposal. With Mayor Donald Sadler recusing himself from the vote both times, City Council denied the first request 2-3; with another councilmember absent, Council voted 3-1 in favor of a motion to deny the planning board’s recommendation to approve the plat.

The deciding factor in those denials seemed to be concerns about the proposed subdivision’s compliance with some city ordinances, as well as other concerns about overcrowding and a potential increase in traffic. Those were some of the specific things neighbors mentioned while advocating against the new development. Councilman Mike Renn referenced some of those points in his motion to deny the revised proposal.

The developers already had lowered the amount of lots in the proposed subdivision to 17 in their revised proposal, after previously saying that cutting back any further from 18 lots would diminish the economic feasibility of the project. And although the proposed plat didn’t meet certain ordinances — including one that requires the distance between intersections to be no less than 300 feet — city staff noted that the plat “meets the purpose and intent of the ordinance.”

Before voting on the first Powell Place proposal, Renn said, “Technically it meets the requirements. But I guess the question would be is there further discussion between those groups that would lead to better positioning for those groups, so the developers can move forward and do well and the neighbors can get some of their general concerns addressed?”

There’s no such thing as “technically” meeting the requirements; either it does or it does not, and it’s the city staff’s job to determine that.  In this particular case, city staff gave the subdivision their stamp of approval. The developers reduced the number of lots to open up some extra space and ease some concerns Council brought up in previous discussions. So, as a way of addressing the issues at hand and perhaps setting a precedent for future proposals, what is the next step?

It starts with communication.  If Council denies a plat — particularly if city boards and officials have already approved of it — there needs to be a clear and logical explanation as to why they’ve done so. In recent events, developers have often been left asking “why,” and that shouldn’t happen — particularly when property owners are actively trying to comply with the city’s suggestions and requirements.

In Beaufort County’s recent budget process, before voting on a preliminary version of the budget, the commissioners individually stated their opinions of the budget and shared any major factors or issues that were influencing their vote.

Something similar would be beneficial in cases of proposed developments — not just for City Council, but also for potential developers. There needs to be an open, public line of communication between the city and developers. Questions need to be asked. Suggestions need to be offered. In some cases, compromises need to be made. It doesn’t make sense to put property owners in a spin cycle where they continuously have to go through the city’s approval process, unsure if their efforts will be nullified near the end of that process. If they know explicitly what needs to be done, they can make an informed decision about whether the project is still worth their investment of time and money.

As the weather gets warmer, venomous and nonvenomous snakes alike will begin to appear throughout Beaufort County According to the... read more