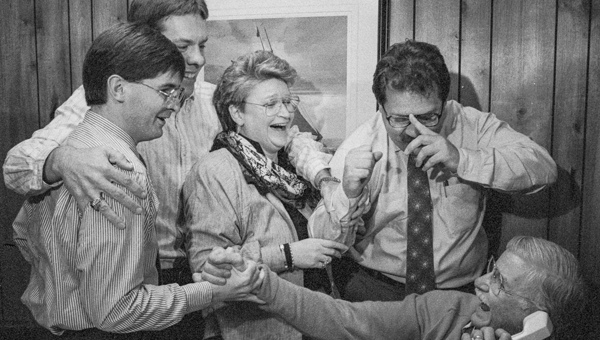 The small, North Carolina newspaper in “the original Washington” has a big reputation among its peers and the loyal readers of the five-day, daily newspaper.

“Pulitzer on the Pamlico!” was the headline on April 13, 1990, as the publication proudly acknowledged having received the nation’s top journalism award: The Pulitzer Prize for Meritorious Public Service. Indeed, the “Voice of the Pamlico” (much of its readership is located along the Pamlico River) is believed to be the smallest daily newspaper to ever win the accolade in Pulitzer history.

The award came in recognition of a series of articles written by Mike Voss and Betty Mitchell Gray on cancer-causing chemicals in the city’s water supply. The series ultimately sparked changes in the Environmental Protection Agency’s regulatory requirements for smaller communities. 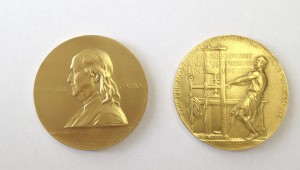 Another significant event in the newspaper’s history was the arrival of Ashley Brown Futrell on Nov. 15, 1949, as the newspaper’s editor and publisher. The renowned newspaperman had a tough start in the early days. “We bought nothing but a name,” he told an interviewer, “I came on Monday and had to go and collect enough money to make the payroll on Friday.”

To build readership, Futrell adopted a strategy to earn back trust from readers: “I threw out a national story anytime to get a local story in to the paper. … Some days the whole front page was local news. Advertising started picking up, and things were going along real well.”

From the early days when Futrell’s top advertiser told him, “You look all right, but damn your paper,” the Washington Daily News grew in circulation, advertising and respect throughout the region. His wife, Rachel Fox Futrell, became active in the paper so Futrell could serve the region in a different capacity, as state senator from 1965 to 1971.

Later, health concerns forced Futrell to enlist his son, Ashley B. “Brownie” Futrell Jr. to help run the business. In 1978, after graduating from Duke University, the younger Futrell continued to build on his parents’ success and became publisher of the newspaper while working side by side with the elder Futrell, who continued to write editorials and his popular ‘Puttering around the Pamlico’ column until his death in 2005.

Under Brownie Futrell’s guidance, the newspaper converted to morning delivery while adding the Sunday edition in September 1991 to capitalize on the success that came with Pulitzer Prize recognition.

In 2009, the Washington Daily News enjoyed a yearlong celebration honoring its 100-year anniversary by featuring weekly columns from former reporters, editors and employees.

The Futrells announced the sale of the Washington Daily News in 2010 to Washington Newsmedia LLC, a new company affiliated with Boone Newspapers Inc. In making the announcement, Brownie Futrell said, “I believe the change of ownership will both honor and extend my father’s vision and legacy of the role of our newspaper in the communities we serve.” 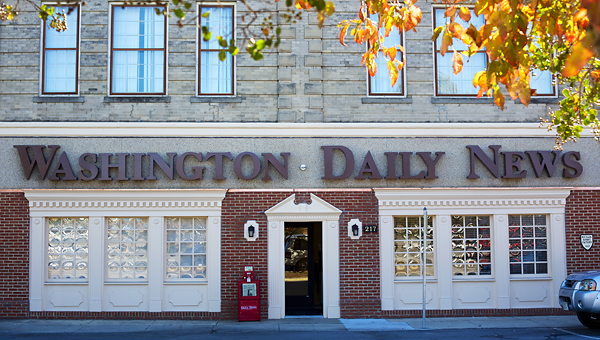